Seo Seung Un has completed his compulsory national service and the jockey – one of Korea’s leading riders before his departure – will return to action at Busan Racecourse this Friday. 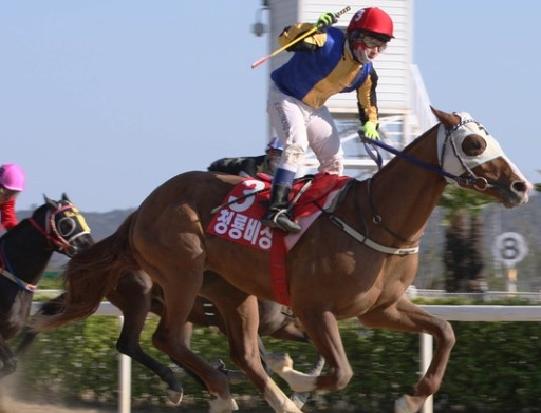 Seo burst onto the scene in 2011, riding a pair of winners on his very first day’s racing before proceeding to ride out his allowance in double-quick time. In early 2012, Seo spent time in the United States riding at winner at Charles Town and that summer went on to represent Korea at the 2012 Asia Young Guns Jockey Challenge in Macau, finishing 3rd.

He rode his first Korea Group race winners in 2013 and the same year played a part in Korean racing history when he travelled to Ohi Racecourse and rode Watts Village to a 30/1 victory in the Japan/Korea Interaction Cup – the first Korea-trained horse to win a race overseas. In 2016, he switched base from Seoul to Busan but would return to the capital to partner Triple Nine to glory in the G1 President’s Cup that November.

Seo’s return means there are now six Korean jockeys currently away on service, including top Seoul rider Jang Chuyoul, who enlisted at the end of January and won’t return until late 2020.

The others currently serving and their anticipated return dates are as follows: