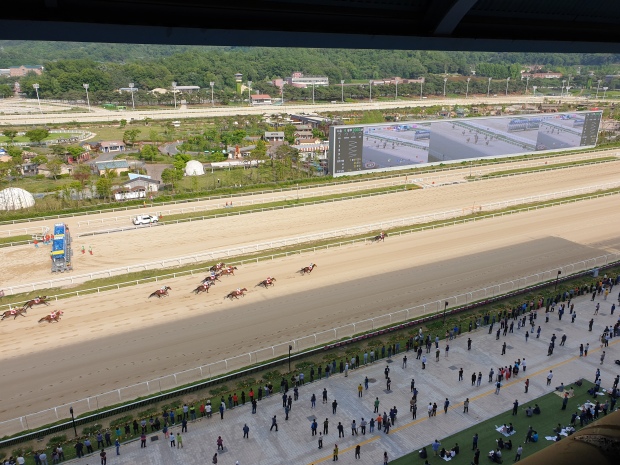 Two heats of juvenile maidens to kick things off. The first has eight runners with just three having raced before. Two of those, (7) RAON LIGHT MAN and (5) HALLA BLOSSOM came home 2nd and 3rd respectively when they raced each other at this distance on September 21st. It was a second start for both, and both showed improvement. There were two lengths between them and accordingly, Raon Light Man will be favourite to strike here. Of the first-timers (4) CHEONGSAN GASE and (6) STRONG RED were the most impressive in trials, both registering good times and should go well first-up. (2) BIG RIVER possibly the most promising of the rest.

The second group of juvenile maidens again has just three with previous experience. Of those, (2) MONEY LINE, with the returning Johan Victoire aboard, probably has the best chance with his two starts so far having been in better company than this. (5) THROUGH THE SKY and (6) DIECO are the others who have raced before and while neither did too much, they both should be beating some of the newcomers. As for those newcomers, (1) CLEAN UP HAPPY is a likely favourite. The Paynter colt looked accomplished in trials and if he brings that form to the races, can make a winning start. The trainer and jockey combination for (8) J.S. CAPTAIN catches the eye, even if the trial run didn’t.

(6) WONDER PLACE comes in having run 4th and 5th in his latest two in similar company to this. From gate 6 he looks likely to be on the early speed this time and can make his breakthrough here. (4) DAEGUN OK beat two of these on his way to 3rd place last start at this distance. That was her best finish to date, and she can build on it here. (7) BIANCA ran an improved 5th in that same race and she too has cope for improvement while (5) POWER PRIDE and (8) MACH THUNDER are others in the placing hunt.

(2) DIAVOLA comes in off back to back 3rd place finishes and up against limited opposition today has every chance of going two-better. She’ll be on pace from the start and can go all the way. (4) KOOKA CAT is the biggest danger. She’s been runner-up already at this distance and will also be looking for a good start which, if she gets, puts her right in it. (7) BEST GOLD is the only other one to have a 2nd place to her name and while she had a poor day at the office last start, can be given another chance here. (1) CAMPING MANIA should improve on her second start following a seven-month layoff while (6) JEONGSEONG HOLIDAY has had a stop/start career so far but doesn’t look completely devoid of ability.

(4) CHODONG ROSE ran out a good winner on debut at this distance all the way back on July 20th. She’s been off since then and she is up in class today, but there seems to be no reason why she can’t win again. The potential problem though is the presence of (1) RAON HANNIBAL. Having secured her maiden win at this distance in August, she then ran 3rd on her first try at this class on September 21st. From gate 1, she can sit just off the END_OF_DOCUMENT_TOKEN_TO_BE_REPLACED