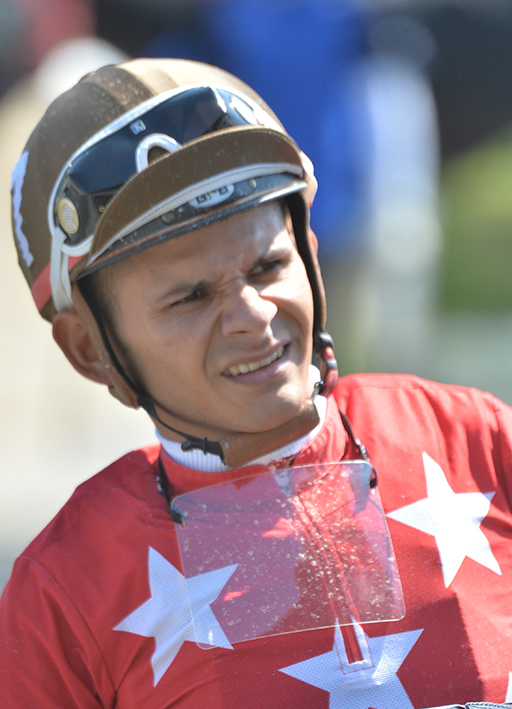 Weak juvenile maiden, but something has got to win. That should be (6) P.K. HILL, who with a 2nd and two 5ths to her name so far has better form than anything else here and she has run faster times too. She should be on pace early and will take some beating. (10) BODY STAR ran 5th of 11 on debut back in June and while he struggled on his return in August, it was over 1300M and he weakened late on. Back at the minimum distance today, he can be close. (1) ROCK LINE didn’t go great on debut but should have come on for it, similarly (5) CHEON CHONG.

Juveniles here with four of them racing for the first time. Of those, (5) NEW MOON WARRIOR won his trial in a fast time and while he was assisted by a muddy track, if he brings that form to the races, he has every chance of going very well first-up today. The other contenders all have experience. (4) POWER TOWER ran 4th on debut on September 1st and should have come on for it while (2) DAHAENGIDA was a little slow to get going on his first start at the end of August but ran on well for 6th and can improve today. (7) BLUE K and (10) BLUE KING are others to take into account.

More juvenile maidens and (2) BEST TAP ran a good 3rd on debut on September 8th, coming from well off the pace over 1000M. The step up in trip today should give him more to work with and he’s the one to beat here. (11) WILD KINGDOM was a disappointing 9th behind Best Tap in that race but previously ran 3rd over 1200M and should also go better back up in trip today. (8) DYNAMIC PUNCH was a little one-paced when 6th on debut but should come on today while (7) MACH NEDAN and first-time starter (12) LUXURY CAPTAIN are others who should be in the hunt.

Weak maiden here and the step up in trip could well be what (11) GOLD FIELD needs in order to make the breakthrough. She has some reasonable showings to her name at 1000M and in this company ought to be able to make it to the lead early. (1) KINGLY has also hinted at ability across ten starts so far and should go close here while (12) HYEONGMA PUBU has similarly managed to continually get beaten despite at times looking to have potential. Those three are likely to be the favourites with (2) NEOSEONG BYOKRYOK and (10) BEF K others with potential to improve.

(11) ANY SEON beat four of these on her way to a close 2nd place finish on a wet track at this distance on September 8th. It was her first try at 1700M and she seemed to thrive at it and she’ll be the one to beat today. (3) MACH SEUNGCHEON improved when tried at this distance for the first time last start and can build on that today. (5) SUPER VICTOR struggled in her latest two, both at 1300M, but has gone well at this trip in the past and should be in the placing frame here. (9) DAE YONGWANG steps up to two-turns for the first time and looks to be best of the rest.

A maiden for imported juveniles with six of the ten racing for the very first time. And one of those first-timers is set to be hot favourite. (4) CUPID MISSION made all in is trial, END_OF_DOCUMENT_TOKEN_TO_BE_REPLACED