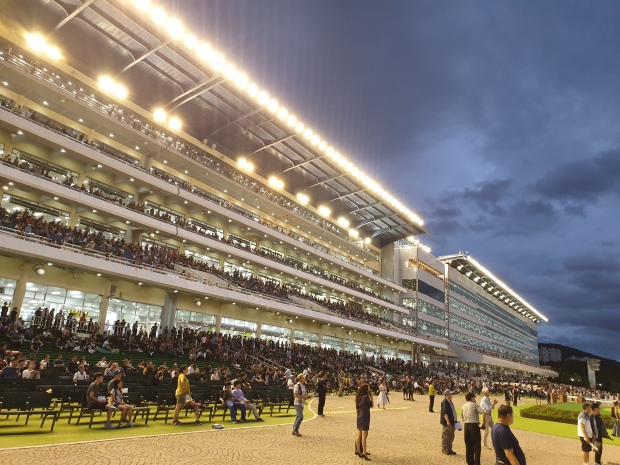 It’s an afternoon and evening card at Seoul on Saturday

(11) CHEONHA YEOJE was a beaten favourite last start but gets another chance here. Despite the wide draw she’ll be expected to be on pace from the start and she can lead all the way. (5) SMART GUNHWANG has run 3rd in both his two stats so far, both of them at this distance and looks set to be the main danger. Those two look head and shoulders above the rest although (1) HAWK ARIRANG has shown glimpses of ability and may go close while (7) TOUGH GREAT and (9) CHOEGANG SINGI are others with potential to improve.

Juvenile maidens here with only two of the eight having raced before. And those two will be at the head of the betting market and expected to dispute the honours. (3) MENI HERO beat (1) MENI CHAMP when they debuted together on July 14th over this distance. Meni Hero was a good 3rd clear of Meni Champ’s 5th and they should finish in the same order here, only filling out the top two spots this time. Among the debut-makers, (5) SEN KING and (6) LUCKY SANGUN were the quickest in trials and can go well first-up. (2) HEUNGHAENG JILJU also performed creditably in his heat and looks next best.

The second lot of juvenile maidens once more features just two who have prior racing experience. This time, however, while (1) P.K. DOLPUNG and (6) WONDERFUL HEART will certainly be expected to improve on their respective first starts, it’s the debut-makers who will be favoured. (8) BAEKJEUI KKUM won his trial and with Alan Munro getting the ride, he looks to have an excellent chance of making a winning start. (2) LUCKY MYEONGHO may be the main danger. He didn’t win his trial, but ran 2nd to a seasoned class 1 horse (Cheonjiga) and while that may have made the time quicker than usual, he didn’t look out of place. Also quick in trials, albeit on a wet track, was (3) SAMJEONG TAPAS and he too is likely to be well-supported here.

Eleven imported juveniles get the chance to race for a big prize here with only two having raced before. Of those two, (4) KENTUCKY MANGCHI perhaps has the better chance of improving from an underwhelming debut. The winner though is likely to come from the first-timers and (5) D K PURMIR looks set to be favourite having recorded the fastest trial time. He led for much of that het and is nicely drawn to get on pace here. (6) BLACK PUNCH won his trial and the Palace Malice gelding will also be looking to get to the front early and should go well first-up here. (2) SLEEP WELL is another trial winner who may be considered while (3) CHUKBOKUI YAKSOK looks best of the rest. As ever with this type of race, watch the local market for additional clues.

More maidens although this time it’s not restricted to juveniles. (3) KKOKKOMA LADY comes in off the back of consecutive 4th place finishes, both at this distance. Both those races were slow, and she may not have enough improvement in her to win this, but she can place. (1) SUNSHINE TEUKGEUP ran 5th behind Kkokkoma Lady last start. That was her first try at the distance and she looks to have scope for more development. She’s the slight pick. (6) SUPER VICTOR ran a creditable 5th place on her first try at the distance last month and can build on it today while (2) DAEGIRI and (5) RECOVERY TAP are others in at least the placing hunt.

(7) P.K. JEONSA steps up in class having got his maiden win at the eighth attempt over 1200M a month ago. This is a step up in quality, but he should be competitive and can win again. (5) WONDERFUL MARIA is better than her two latest outings suggest, and she should be improving here, having previously won at this distance. (4) MIRACLE HOPE enters off the back of three consecutive 3rd place finishes, the most recent of which was at this class and in this company can be aiming for another place. (1) DANGDAE JILJU and (3) HANIL MAGIC are others who can compete in what’s a weak affair.

(4) VICTORY KING looks very much the one to beat here. He stepped up to this distance for the first time on July 13th and ran a very solid 4th in good company. He should have too much for this lot. (5) SLING STONE also took to this distance well on his latest start, running 2nd and he looks to be the principle danger, most likely trying to lead from early on. Similarly, (9) BULHUUI MYEONGGOG also comes in having run 2nd at this distance last time out and while he will need to improve in order to match the favourite, this is the kind of race in which he can pick up some more money. Four of the others races each other at class and distance on July 14th. (1) TOGETHER HUG, a big outsider, finished the best of them in 2nd and he along with (7) RISE AEN SHINE are perhaps the most likely to make an impact here.

Another race with a likely strong favourite. It took (6) GEUMA ACME four goes to get his maiden win but the manner of it, achieved in a fast time over this distance on June 30th, suggests that he won’t have to wait another four for a repeat. (2) AMARONE an a solid 4th at the distance last start and while slightly inconsistent, she looks nicely in here to compete for a place.  (1) FEATHER LIGHT remains a maiden after twelve attempts but comes in with recent form reading well and she can be competitive. (3) SONGAM BARBIE and (7) SANGBIGUN are others in the hunt.

(4) MISS GELLA is up in class having got her maiden win at the seventh time of asking last start. It came following four runner-up finishes and while this is stiffer, she has every chance of following up. (8) I.B.S. QUEEN drops back in trip following a decent 5th over 1300M last month and should be dangerous while (1) THANK YOU MOTHER found herself outclassed by the promising juvenile Rollerblade last time out but should have better luck here. (2) GEUMSEONGHWANGJE and (7) HIN BYEOL are other capable ones in a field where few most have at least some kind of chance.

(9) TAKTUEIN was 2nd on debut and then followed it up with a maiden win in a fast time over this distance last month. Accordingly, she is up in class today, but she looks to have plenty of potential and she’s favoured to win again. (1) HAERANG is still a maiden but is also up in class following back to back 2nd place finishes at class 6 and she should be equally competitive at this level. (4) BIG PRO struggled a little last time but has placed at this class and the drop in trip may suit. (6) CHEONNYEONUI BARAM too should be better for being back at the minimum distance while (10) TOUR BROTHER looks best of the rest.

(1) DAEGUN CHEONHA was a beaten favourite when 3rd at class and distance on July 21st. That was his second time over 1800M and his second consecutive 3rd and the Verrazano colt can improve today. (8) CHANGE MAKER was one of the two who just edged out Daegun Cheonha last time and he will be a big danger once more. (9) URI is up in class after a gutsy win last start when he looked beaten a furlong out. He’s up slightly in trip too but still has claims on at least a place. (6) SEOUL TANK and (7) LONG HITTER are other possible.