Johan Victoire has become the latest foreign jockey to ride 100 winners in Korea. 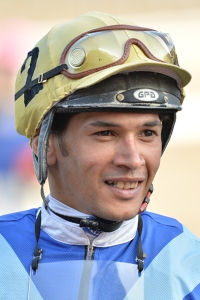 Victoire debuted in Seoul in July of 2017 scoring success with his very first mount and has maintained a steady stream of winners ever since.

Victoire now lies in 8th place on the all-time foreign jockey list in Korea which is led by Ikuyasu Kurakane, way out in front in 347, followed by Djordje Perovic on 238.

Of the foreign jockeys currently riding in Korea, Franco Da Silva leads with 156 followed by Masa Tanaka on 133 and Antonio Da Silva on 129.

Victoire is one of three French jockeys licensed at Seoul right now with he and David Breux joined this month by Ryan Curatolo, who is beginning an intial four-month license.