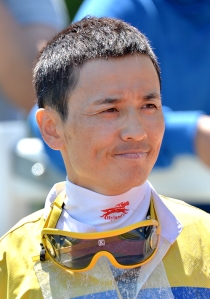 Not the most inspiring of maidens to kick things off with but (6) GEUMA MAJESTY has shown enough over two outings so far to warrant favourite status. Although he was only 6th last time out, the margins weren’t huge, and the jockey booking will see him to the top of the market. (8) ANY FORCE ONE showed improvement on his second start at the end of January and can continue to make progress here. (5) GOLD PARTY showed promise on debut all the way back last July before running in to lacklustre performances in the autumn. She returns here after three months off and should be better. (2) THE CASTING and (11) BACK SPIN are others with some potential.

(8) JANGSAN FLY has taken to this distance well, finishing 2nd and 3rd in two attempts at it and beating a few these along the way. He led until close to home last time out and this time can lead all the way. (3) FEDERAL CAT ran 2nd on debut over 1000M four weeks ago, running on very nicely. The additional trip should suit, and he looks to be the biggest threat. (4) CLEAN UP TRIO ran very well for 3rd place at the distance a month ago and should be in at least the placing frame again. (2) RED BLADE and (11) PRVATE MAN are others to keep an eye on.

(12) GEUMBIT JANGIN is set to be hot favourite here. He was a winner on debut in October before running 5th on his return in a tight finish in what was a really good race over 1200M in November. He comes in here fresh and should have far too much. If instead of fresh, he proves to be a bit rusty, (5) BLUE FIRE is the most likely one to take advantage. He’s still a maiden but ran a close class and distance 2nd last time and should be winning sooner or later. Both of those two are set to try to find the early pace as is (9) SABA KINGDOM, who races for the first time since November. He showed promise as a juvenile last November and trialled competently enough in February. (7) KKEULEOJUNEUN SON and (11) SA SA are others with placing claims.

(9) HWA GI was a narrow class and distance winner on January 5th and returns here off eight weeks out with solid claims to repeat. She’ll ne on pace early and can go all the way. (2) CRAZY WIKI and (5) HEUNGBOK DREAM came home 1st and 2nd when they raced each other at the distance on January 19th. Both carry a bit more weight today but should be close. (8) PHOENIX WOLF remains a maiden but has been no worse than 3rd in her last four starts and she can maintain that run today. (4) JILPUNG GANGJA is the only locally-bred horse in the race. She’s rapidly up in class following back to back wins at domestic levels 5 and 6 but should be competitive here.

Three-year-old maidens here with five of the field starting for the very first time. Starting with the experienced ones, (5) TIMING GOOD ran 3rd on debut on January 12th beaten just over a length having previously won a trial and he will probably start as favourite. (11) WINNER CROWN is the only one n the field who has raced twice and he improved significantly on the second of those, only beaten a nose at this distance. He’ll need to be faster here but has a chance. Of the first-timers, (6) LUCKY BONGSEONG is the pick following a commanding trial performance two weeks ago. She made all that day and will try to do similar today. (1) JOY OF KING and (8) AN MOK HANG are others who could go well first-up.

Fillies only. (10) SMARTY ADELE won on debut last summer and having taken part in a succession of tough races since, looks ready to strike again here. She ran a solid 2nd place on her first try at this distance at the end of January and could well have too much today. (5) LUCKY SOCHEON is up in class and starting for the first time since a good win at this distance in December and she should be a factor. (4) M.J. TOWN was 2nd in that December race and also comes up in class here after following-up with a 3rd place in January. Despite still being a maiden, she should be competitive at this level. (3) STAR LIST and (8) BETTINA both have experience at this class and should be in the hunt for places.

Competitive race this one. (8) SPEED HEUKRYONG is up in class and distance following a good win over 1300M a month ago. His running style suggests that two turns won’t be a problem for him, and he can win again. It won’t be easy though. (11) SEUNGRI PLUS and (3) CHONGAL GACHI came home 2nd and 4th when they raced each other at class and distance on January 26th. Both remain maidens despite plenty of starts between them, but both can be dangerous here with Seungri Plus perhaps the more likely. (5) LAST JACKPOT has lots of experience at both class and distance and can aim to at least match the useful 3rd place he secured last start. (7) TRUE TIMBER had a poor day at the office on his latest outing a month ago but is better than that and could aim for some minor money here.

(9) DAEGUN CHEONHA has finished 3rd in both his two starts so far, both of them at this distance. He looks to have potential for improvement and with a good start here, he could win. Last time out on February 3rd, he finished just under a length behind (12) FASHION PEOPLE. The latter was making just his second start and it was a big improvement from the first and he can be a danger again. (1) MUNHAK ARIARI is more experienced and steps back up to this trip with solid claims to go close. (6) SENSE JAENGI and (10) GLADIATORE AAA are others with potential to improve.

Since returning from five months off, (4) SIMON FRUIT is two for two with both victories coming at this distance, the latest in a really good race on February 3rd when he beat a couple of these in the process. He’s been a longshot both times but warrants serious consideration as he bids for a third straight win here. Main danger is (8) CHEONNYEON VIKING. He’s up in class following two wins and a 2nd in three starts so far and also tackles this distance for the first time. He’ll likely try to set the early pace and could go all the way. (3) SPEED YEONGUNG was 5th behind Simon Fruit last time but should get closer today. (7) JEWANGUI BYEOL steps up in trip and should be competitive. (9) HAPPY MAUNTAIN looks best of the rest.

(1) MEGALIOS should have too much here.  Since registering back to back wins to get promoted to this level, he’s finished 3rd and 2nd in two attempts and while he’s hardly a prolific winner, he’ll be a firm favourite. (8) KING POSE is up in class having run 2nd to a very good winner at the distance ay ye end of January. His stable is in great form at the moment and he looks very nicely in here. (12) JANGSAN BEARS Is another up in class, in his case following a solid win four weeks ago and he too will be a danger while both (3) WOMAN VOLT and (10) HAWAII BOSS make for interesting outsiders.

(5) GLOBAL CAPTAIN is four for four and is up to class 1 in record time following a four-length score over this distance last time. It goes without saying that this is his toughest assignment to date, but he’s done everything asked of him so far and can continue that today. (1) CHEONGDAM JEWANG is the biggest threat. He beat three of these on his was to 2nd place at class and distance on February 2nd and will have plenty of backers to go one better today. (12) PLACES TO GO was 4th in that same race, perhaps a sign that this proven top-level winner is coming back into form. (2) GLOBAL BANK and (3) MALIBU BULPAE who, like Global Captain, are up in class today, are others who can go close.