With over half the season gone, it’s time to update the leading sire race and as usual Menifee is out in front, leading Ecton Park and the late Sharp Humor at the top of the General Standings.

It’s in the other catefories where we potentially see the furture starting to take shape though, with Hansen and Pegasus Farm’s Thunder Moccasin currently 3rd and 4th in the Leading Sire of 3-year-olds list. Both are second-crop sires in Korea as is Testa Matta, who is also stating to show well. 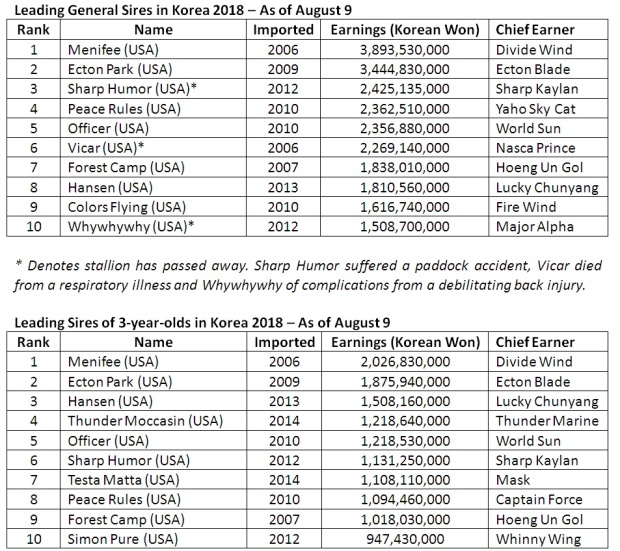 We get asked a lot about Take Charge Indy – so here is a picture of him taken in May. His first Korean crop is set to hit the track in a couple of years. 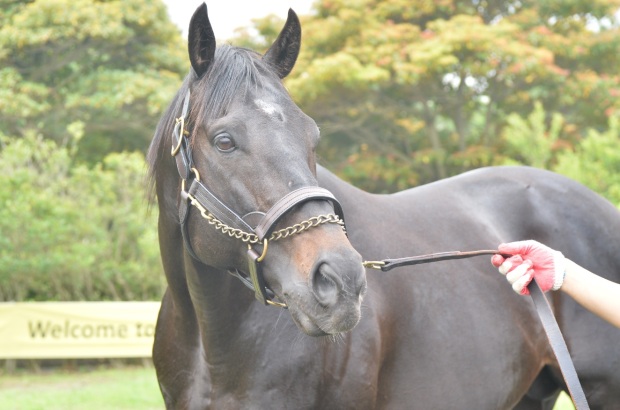 As ever, the English language Korean Stud Book has information on all racing and breeding horses in Korea: http://studbook.kra.co.kr/neweng/main.jsp

There is one obituary to announce. Cielo Gold [Conquistador Cielo – Private Light (Private Account] died at the Jangsu Stud Farm on July 25th. The cause is listed as “sudden death” (heart attack).

As a racehorse, Cielo Gold dead-heated with Star Dabbler in what was at the time a controversial 2006 Indiana Derby at Hoosier Park (Simon Pure, also in Korea now, ran in that race too). Even Cielo Gold’s trainer thought he had been beaten. The same year, he finised 2nd in the West Viginia Derby at Mountaineer.

Cielo Gold spent a decade in Korea and generated a solid return each year from a modest book of mares. His chief earner so far is the recently retired Royal Impact.