It’s the eve of the Eve and Seoul Racecourse runs its final cards of 2017 on Saturday and Sunday. Djordje Perovic is set to become champion jockey, leading closest rival Kim Yong Geun by six wins heading into the final two days of racing. Seoul runs 12 races on Saturday from 10:45 to 18:00. Here are the previews: 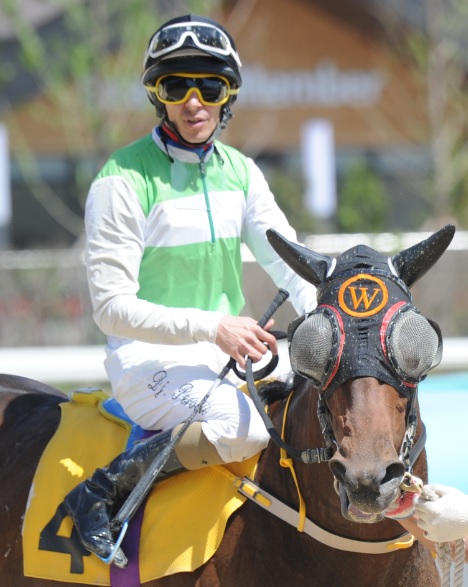 (2) CAPTAIN POWER got off to a poor start when well-backed over 1000M last start but he’s performed well at this distance already and looks to have every chance of a maiden win here. (7) NAEGA JAL NAGA didn’t appreciate being asked to go round 1700M three weeks ago but has a 2nd place to his name at this distance and should be involved here. Similarly dropping back in distance and into contention is (9) ONE TWO THREE. (10) JIGONG JEIL had a bad day at the office last start but has shown promise and gets another chance here while (4) SEONGUNG put in a creditable enough debut a full twelve weeks ago and returns as the wildcard here. Worth noting that none of the likely favourites are expected to be on the early speed.

Not much experience here and it looks wide open. Newly crowned “Jockey Of The Year” will have the chance to add to his winners with (9) GUREUM SONJITHAE, 2nd at the distance o November 11th having led almost the whole way around. He’ll be on speed again and this time could well hang on for a stable that’s bang in form at the moment. (5) PALDO GANGTA has shown promise in two starts so far with a 3rd place in a stiffer contest than this three weeks ago. He takes on further than the minimum distance for the first time here. Among the other experienced ones, (12) MASYA was a decent 4th on debut at the end of last month and can be considered for improvement. Turning to the debut-makers, (1) MIR PARK and (10) MIRACLE HANSEN both looked sharp in winning trials and may be backed first-up.

Twelve previously unraced 2-year-olds make a late season debut here and we’re going to be a touch lazy and go on their performances in trials. The only one to win a heat was (4) BOEUNUI KKUM, who did so in decent enough fashion a month ago. She’ll be well-backed here. (10) SEUNGRI NARAE was arguably a little more impressive in finishing 2nd in his heat earlier this month and looks set to get a fast start here and could go all the way. Those two look to be the standouts but expect support too for (1) ROAD WOMAN and (3) BEST CHAPEL, both of whom get top jockey bookings. French jockey David Breux gets his first taste of Korean racing on (5) DAEHO CHEONHA, however, given the colt’s trial showings, we’ll take a watching brief with that particular one. As ever in these kind of races, keep an eye on the Korean pools.

(6) BULSA BULPAE was relatively unfancied but still managed to beat five of these on her way to 3rd place over the distance on November 25th. She is perhaps a bit one-paced but has shown she can grind out decent finishes and has as much chance as any of them here. (10) NANGMAN STAR was much better fancied that day and only finished a nose behind Bulsa Bulpae in 4th so will have plenty of backers to overturn things this time while (11) SPECIAL DREAM was further back that day but could improve here on what END_OF_DOCUMENT_TOKEN_TO_BE_REPLACED