Power Blade, the 2016 Korean Triple Crown winner on Sunday topped even that, racing to victory in Korea’s most prestigious race, the Grand Prix Stakes. 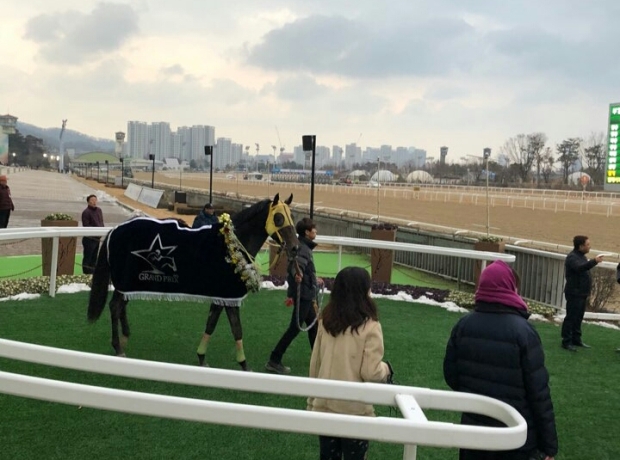 3-year-old phenom Cheongdam Dokki was sent off as favourite for the 2300M season-finale with Triple Nine 2nd best in punter’s eyes ahead of Power Blade who started in excess of 12/1. Cheongdam Dokki did indeed set the pace in the early part of the race but once he got into unfamiliar territory in the home straight, he bag to tire. Triple Nine got first crack at him but ultimately it was Power Blade and – to the surprise of most – 150/1 Dongbang Daero who came through to dispute the finish, Power Blade triumphing by a Head on the line. Triple Nine was a game as ever 3rd with Cheongdam Dokki 4th and Bart Rice’s Buhwarui Banseok a very good 5th.