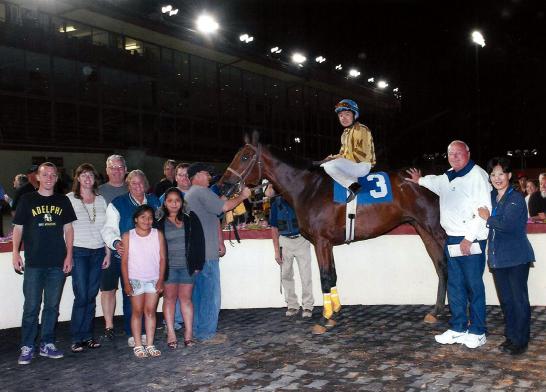 His victory came at Charles Town on May 12 aboard 7/1 shot Southern Folly (Southern Image) for trainer John McKee, for whom Jang also rode a winner during his stint stateside. In total Seo had 14 rides, 13 at Charles Town and 1 at Mountaineer and scored 1 win, 1 second and 5 third place finishes.

The standard of riding in Korea is improving greatly (at least at Seoul, for whatever reason, Busan is lagging badly behind) with the KRA Jockey Academy turning out riders of a much higher standard of that of a decade to go. Seo Seung Un is the honour student in that group. Since debuting in August last year, Seo has already ridden 27 winners and looks set to ride out his apprentice claim in double-quick time.

Eager to improve the standard of riding in Korea, the KRA arranges for promising young jockeys to gain overseas experience. While Jang and Seo went to the US, a number of young riders have recently been sent to the British Racing School in Newmarket while others have spent time in Australia and South Africa – home country of KRA riding instructor Kenny Michel, a man who can claim much of the credit for the new talent.

While the race in Charles Town was the cheapest race Seo Seung Un will ever win (the least valuable Korean race is worth to the jockey approximately 5 times what Seo earned for his ride on Southern Folly), it will no doubt always be one of the most significant.

See race video at Charles Town’s site here. It was race 9 on May 12.