Three Korean jockeys and two trainers have been banned from the sport for illegally passing on information to betting rings.

No More Smiles: Kim Ok Sung has lost his license

All of the five, who were based at Seoul Race Park, had their licenses revoked last week after the conclusion of an investigation by the KRA’s Finance Committee. Among them, the most well-known is veteran jockey Kim Ok Sung. Nicknamed the “Smile Jockey” because of his ever-present Cheshire-cat grin, Kim scored 443 winners from 5826 rides during his career which spanned 23 years from 1987. His biggest win was in the 1996 Grand Prix Stakes on Hula Mingo (Broadway Aly). He also won the JRA Trophy and the Donga-Ilbo and Segye Ilbo Cups. Only this year, he recorded a Group victory on Serendipper in the Owner’s Cup.

Also involved was Lee Sung Hwan, who turned professional in 2001. He won 74 races from 1434 mounts. Meanwhile, Lee Jung Sun, who originally had his license revoked in April had the decision confirmed.

Kim Hye Sung recently took up a trainer’s license after retiring as a jockey. In the saddle, he qualified on the same day as Kim Ok Sung and scored 477 winners from 4708 rides. He won the Korean Oaks on Espass (Psychobabble) in 2001 and partnered the great Kwaedo Nanma (Didyme) to five Stakes victories between 2001 and 2003. 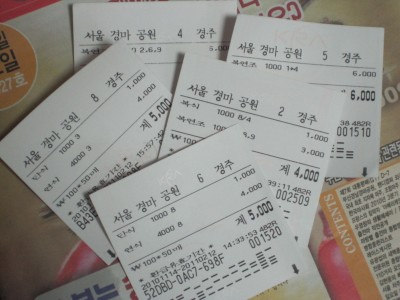 Corruption in racing is taken extremely seriously in Korea where, with a ferocious regulator and negative public sentiment towards gambling, it is vital that the industry is seen to be clean and fair. Equal access to information for all punters is important. While many form-guides are available for purchase by racegoers, they contain no information that isn’t freely available to everyone on the KRA’s Studbook site including detailed past-performances and workout records.

Jockeys, trainers, grooms and KRA staff are subject to very strict rules and even minor infractions are punished severely – especially if it relates to contact with illegal gaming houses. These criminally run organisations offer higher stakes and lower take-outs than legal betting with the KRA and are thought to be on the rise, especially in rural areas, since – to protect the public from gambling – the National Gaming Control Commission managed to close down the KRA’s internet and telephone betting services last year.