There was sad news from Busan this week as jockey Han Sang Kyu passed away on Monday. The thirty-two year old never regained consciousness after being involved in a car accident in the city last Thursday. 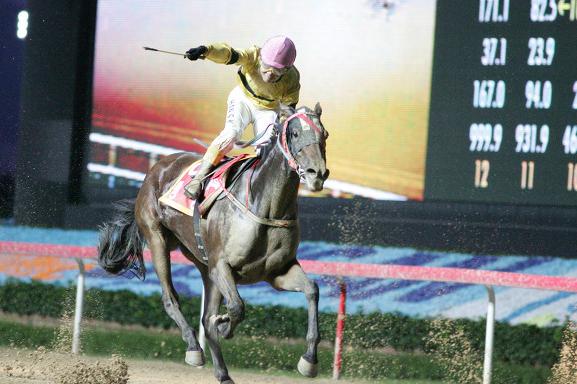 Han Sang Kyu turned professional in September 2002, in the same graduating class as, among others, You Hyun Myung, Gu Min Sung and Lee Ae Li. Initially riding at Seoul Race Park, he joined the group of riders relocating to the new track at Busan upon its opening in 2005.

During his career, Han rode 129 winners from 1515 rides. He achieved his first major race win in 2008, when he partnered outsider Wonder Love to victory in that year’s Gyeongnam Governor’s Cup. The following year would see his biggest triumph as on Pangpang, he reeled in and overhauled the odds-on favourite Sangseung Ilro in the final furlong to win the Korean Oaks 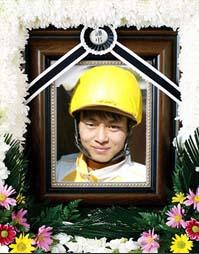 Han Sang Kyu had recently been appointed retained jockey to trainer Joe Murphy. His first rides for his new employer were set for the day after his accident. As it was, his last day of racing was October 31.

A funeral service was held for Han at the KRA’s Busan auditorium on Wednesday. In attendance were his family including his wife, sister and parents. Well liked in the Korean racing community, many jockeys, trainers and officials from both Busan and Seoul were also there.

Han Sang Kyu was married this spring and is survived by his wife, who is expecting their first child.

Pictures from KRA via Chulgigi