It is international weekend with the Keeneland Korea Cup & Sprint being run at Seoul Racecourse on Sunday. Before that though, things get underway with a 10-race card at Busan on Friday. Evening racing for the year is over so we’re back to a daytime schedule with with the 1st race at 11:30 and the last at 18:00. 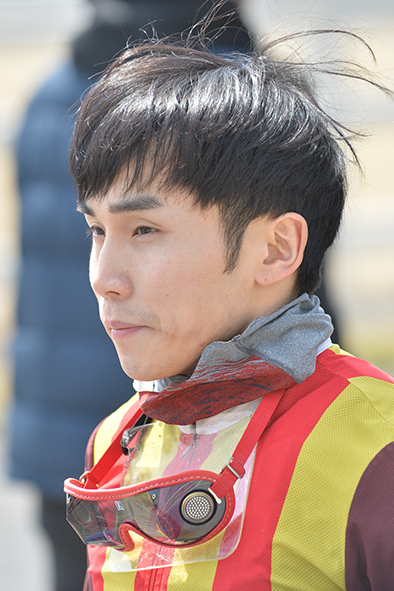 (8) DREAM CAT ran a good 2nd over the distance, her best showing in three outings in what’s been an interrupted career to date. She led until the closing stages and handily beat two of the others who go here and can be out on pace once more today, this time leading all the way. (3) HARVEST GOLD also comes in off 2nd place last time on August 5th and looks to have more scope for development. (9) CAR TWO was favourite for that race having debuted very encouragingly a month earlier and while she weakened disappointingly, can be given another chance here. (6) CHEONJI KINGS was also favourite for his latest outing just two weeks ago. He was beaten five-lengths by a good winner but beat a couple of his rivals here and can go close again. (2) HOPEFUL SIMON returns from four months off and trialed up nicely two weeks ago.

Juvenile maidens here and only one of the seven has raced before. That’s (1) NAEGA JJANG and she’s finished last both times. The latest of those was at the end of July so we’ll give her a clean slate today but even so, we will favour the newcomers. Fastest in trials by some margin was (3) YEONGSEONG ACE, who showed prominently in his heat and looks set to start as favourite. (7) LION SUN also showed some ability in his trial and the stable will tempt plenty. (2) MAJOR PUNCH and (5) RAPIDO MAN too did nothing wrong in their respective heats and could go well first up.

Another set of maiden juveniles, this time with four of the eight having raced before. A couple of them showed some promise too and (1) WONDERFUL LION, a close 5th on debut on August 8th in what was a well-run race is favoured to build on that and win today. (3) GWONTOJUNGLAE was an also-ran on debut in that very same race but didn’t do too much wrong and will be expected to improve today. (6) ETERNAL TRON was last on his second career starts three weeks ago but ran better on debut and could be better here. The first-time starters are a little less attractive here than in the previous race but (2) YEONGSEONG STAR and (7) WONDERFUL TALE both trialed reasonably well and can be considered.

(4) GIRL CRUSH didn’t do much on debut back in February but then didn’t reappear until last month when she was a much improved 3rd over 1200M. She steps slightly up in trip again and could well get an uncontested lead here. If she does, she may be hard to beat. (3) SILENT PARK hasn’t been too far away in any of his four outings to date and can challenge here while his stablemate (7) BRIAN PARK was 5th on debut last month, beaten by Girl Crush, and can build on that here. (8) SONGAK MYEONGJANG has shown some promise in two starts since returning from six months off and steps back up in trip today. (2) GURI TOWER and (5) PEACE RIDER enter having finished 4th and 5th respectively over this distance two weeks ago and both can be in the placing hunt here.

(1) JOYFUL MEMORY remains a maiden after eleven attempts but comes in off the back of a 2nd and a 4th, the latter of which on August 4th was at this distance and today may well be her day. She’ll settle just behind the early speed and can be strong late on. (2) NOPIGOM NAREUSYA was 5th and just half a length back behind Joyful Memory in that August 4th race and can get close again. (9) AREUMDAUN OECHIM registered a somewhat surprising 2nd place over 1200M three weeks ago, beating three of these in the process. That was a big uptick in form and a repeat can’t be ruled out although that day’s 3rd place-getter (5) COOL MINT, just a nose back, seems a more credible challenger. (4) CHEONNYEONUI ACHIM has been no worse than 4th across four starts so far and the slight step up in trip today may be what he needs. (10) BYEOL GEURIDA looks best of the rest.

(8) WINNER CINDY got her maiden win over 1200M in July before running 3rd at this distance on her first try at this level on August 17th. She’s a front-runner and if she can overcome the wide draw to get on speed, she can win. (2) NICE HUMOR and (4) DANCING BLAZE were both well back behind Winner Cindy in that August 17th race. Both are better than that though and in this company will be expected to improve. The hugely experienced (5) KOREA HUNTER also had a bad day at the office last time out but this is the kind of race he will be expected to find at least the minor money in. (6) OKDAN YEOGEOL returns from eight months out and trialed up competently enough in August. He had talent before the layoff and should be competitive here as should the still winless but up in class (7) OS HILL.

(3) WIDAEHAN BISANG won her first two starts back in July to get rapidly promoted two classes. She went through a trial three weeks ago in impressive fashion and she could maintain her unbeaten record here on what is her first try at this distance. It won’t be easy though. She’ll be joined on the early speed by (2) CHANG GONG, a very sharp winner over 1200M at the end of June and 2nd, way back behind a good winner, on his first try at this class on August 4th. (8) BIJANGUI MUGI was further back in that race but he was returning for the first time in almost a year and can go better here. (1) SUPER STEAL and (7) WINDY PARK are others who should be in the hunt.

It took (8) I’M YOUR STAR a few goes to figure things out but he’s got the hang of winning in his latest two, both of them over a mile. He’s up in class today and down slightly in trip but with chance to make it three in a row, likely trying to lead all the way. He’ll be challenged on the early speed by (3) CHARYONG, a six-length winner over 1200M two weeks ago and who has an apprentice jockey (still seeking a first career win) aboard who takes 4kg off and who looks in with a very good chance again. (4) YONGWANGDAM returns from five months off having trialed very well last month and can be a danger too. (5) YES POWER was just beaten a neck in a similarly tough race to this in late June and enters here off an eleven week break with solid claims. (6) MANNAMUI SIJAK looks best of the rest.

Since an indifferent debut last November, (4) CHOEGANG THUNDER has finished no worse than 3rd in any of his nine subsequent starts. 2nd to a good winner on his first try at this class and distance last start a month ago, he can go one better today. (7) GIANT HOLD unexpectedly beat (8) JUMBO BLADE by two-lengths when the pair came home 3rd and 4th at class and distance on July 20th. Jumbo Blade had won his previous two heading into that race, including one at this distance and not only should he overturn the form on Giant Hold, he looks well placed to win again. (2) GREAT ROCK is up in class and very nicely weighted as he tackles 1800M for the first time. He’s Triple Nine’s “full” brother so he should certainly get the trip. (9) MORNING KOREA was a narrow winner over a mile at this class on August 5th and he too should be in at least the placing hunt.

(1) CHIEF ACE returned from five months off to get beaten a head into 2nd place over a mile on August 4th by the very good Catch Nine. He remains a maiden but has every chance of putting that right today and could well lead all the way. (7) IRON COR raced poorly that day, returning from a layoff of his own and can be more competitive here. (8) MR. SCAT is up in class following his second win in four starts. He goes up to a mile for the first time too and while he has a bit to find, it’s not impossible. (3) ARION METAL and (4) GRAY STORM are others who are proven competitive at this level.