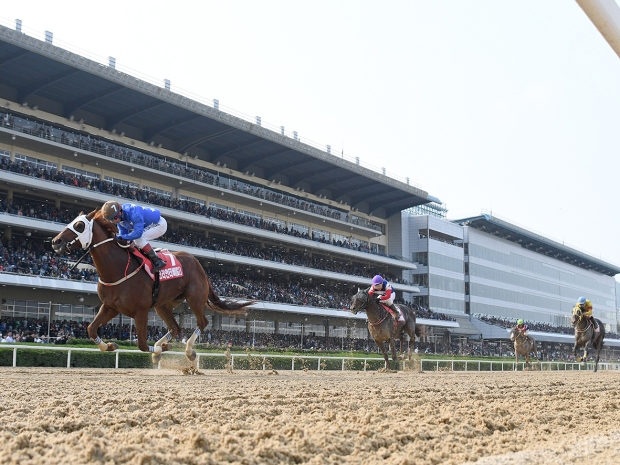 (1) RAON JAMES has improved across three starts so far and ran a strong 2nd over this distance on August 19th. From gate 1, he can get off to a quick start and should have too much for this field. (8) MERRY WHITE comes in having recorded her first 2nd place finish four weeks ago and can aim to at least match that today. (4) GEUP HAENG MA was 6th behind Raon James on debut in that August 19th race and can build on it here. (6) SEOKGWA BULSIK struggled on debut over 1200M last month but the minimum distance today could suit more. The wildcard is (11) TONGHAP SIDAE. She hasn’t been seen since her debut last Christmas Eve when she beat Merry White on her way to 3rd place at this distance. She trialed encouragingly last month.

Fillies only here (along with one mare) and (7) RAON WILLIAMS ran out a six-length winner over this distance on August 12th to get promoted to this level. She made all that day and while the competition is undoubtedly stiffer today, she can get on pace again and win again. She’s joined up in class by (2) LUCAS and (11) BARAMUI SORI, both of whom got their maiden victories last start, the latter on debut and both can be competitive even if they have a little more to find than Raon Williams at this stage. (10) FANTASTIC QUEEN was a shock class and distance winner on August 18th, beating (6) STRONG LIGHT by a head. A repeat isn’t impossible although Strong Light will be favoured to overturn that form.

There are twelve juvenile fillies here, all of whom are racing for the very first time. Two of them come in having won their trials with (3) NAREUDUSI having been slightly more impressive than (11) HEUNG BUJA. The presence of Manoel Nunes aboard the former is probably enough to ensure she begins as favourite. (1) HEUNG KKAEBI also went well in her trial. She’s a half-sister to the very good Sotong Sidae (as well as a few average ones) and should join Naareudusi on the early speed. (5) BAKCHAOREOM and (12) YAHO M J CAT are others who caught the eye in their respective heats and can go well first-up. As ever in races such as this, do watch the market for any clues.

(1) DAE UNHA has been close in recent starts and emerging from the inside gate today, the Hansen colt has a good chance of getting away well and potentially getting his maiden win. (2) ISCRA, who starts beside him, looks to be the main danger. He ran a good 2nd over 1200M on August 18th, with four of his rivals here back down the track. He too will be on pace and can go close. (6) K ZONE comes in with recent form reading well and should be in the placing hunt while (10) MEGA CITY and (11) MIDAS CHIEF have both proven competitive and can also aim for career-best finishes today.

Wide open race with most having at least some claim. (4) UNDEFEATED won on debut and hasn’t been too far away from adding to his tally in each of his four subsequent tries. He’s come up short but not by much and looks worthy of another chance here. (6) RAON SIRIUS returned from almost five months off to run 3rd over 1000M three weeks ago. His solitary win came at this distance and he looks a big danger. (5) MONEY ZIF was unexpectedly beaten by (8) J BAEK last time as the pair came home 2nd and 3rd over 1200M. He should at least overturn the form on that one today and can be in the hunt. (1) SPEED HWANGNYONG steps up in class following a maiden win and while he will need to improve, he’s not without a chance. (3) SKY MARINE and (12) EAST KINGDOM both come on having placed in their latest outings and may also be considered.

(7) WINNER SPIRIT was an eye-catching eight-length winner over 1300M on August 19th. He’s up in class today but the manner of his win – his second in four starts so far – suggests there is plenty more to come. (1) CHEON MONG too is up in class having got his own second career win by a similarly wide margin a month ago. He too will challenge for the early speed and has claims. (5) WINNING WIN is already a proven winner at this class having prevailed over 1200M in July. He comes in having run 3rd in a very competitive contest four weeks ago and is another to be strongly considered. (8) PALDO DAEJANG has won two of her last three to be rapidly promoted to this level and is END_OF_DOCUMENT_TOKEN_TO_BE_REPLACED