Korea will debut on Sky Racing in Australia on Friday with nine of the ten races on the card at Busan the card being shown on Sky Racing 1 (race 10 is available for betting only) as Australian racing takes its customary Good Friday holiday. We’ll have a full race-by-race rundown here on Thursday but in the meantime, here are some very basic things to be aware of about racing at Busan. 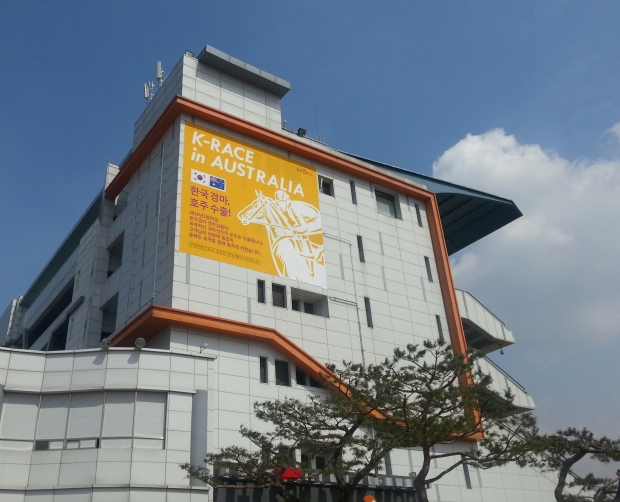 The Track: The track surface is sand. There is often a lot of kickback and as such horses tend to wear pacifiers and give one another plenty of room. Due to the nature of the surface, it usually runs quicker when it is wet.

Races: 90% of regular races are handicaps. There are six classes in total with class 6 being for new or unrated horses. Horses then progress up (or down) the classes according to rating.

Most horses are Korean bred although there are imports too. Imported horses all begin at class 4. Tab number and gate number are the same and jockeys wear a cap coloured according to their gate number (number 1 always wears a white cap, number 2 a yellow cap, etc.).

Starts tend to be quick and most horses need to be on the pace early. Jockeys are not permitted to shift ground within 100M of the start and there can be quite a battle to find a forward position.

Jockeys: It’s by no means unique to Korea but there is a big gap in jockey ability. As of today, the top of the Premiership at Busan looks like this (RSLW=Rides Since Last Win):

Trainers: Kim Young Kwan has been the dominant trainer at Busan for some time with Australian Peter Wolsley generally the runner-up. There are two other foreign trainers at Busan; South African Bart Rice and Ireland’s Thomas Gillespie, who previously trained in Malaysia. Here is the 2016 Premiership so far (RSLW=Runners Since Last Win).

Favourites: One plus of Korean racing is that favourites do oblige on a regular basis. In Korea, punters overwhelmingly favour exotic bets with the quinella and trio being the two most popular. The win and place pools are comparatively tiny and while they will generally be accurate in terms of who is faovurite, they may not tell the whole story the further down the board you go.

General: Prize money is high and integrity is good. Betting pools in Korea close 30 seconds ahead of the advertised start so races usually jump exactly on time.

Tomorrow (Thursday) we will run through all ten races on Friday’s card. On Saturday we will focus on Seoul in advance of Sunday’s races.