Aside from the Asia Challenge Cup, there was other big Stakes action at Seoul Racecourse this past weekend. And it was 6/1 chance Chief Red Can who took the honours in the Korean Group 2 KRA Cup Classic.

Clean Up Cheonha was sent off slight favourite for the 2000M race, just ahead of Cinderella Man, the latter making his first appearance at Seoul since transferring from Busan.

It would be outsider Vincero K, along with Cinderella Man who set the early pace while Chief Red Can, under jockey Park Eul Woon, went to the back. Both early pacesetters would fade badly though and having made progress in the back straight, Chief Red Can dominated the sprint to win by three lengths from Clean Up Cheonha with the slightly inaccurately-named Unbeatable back in 3rd. 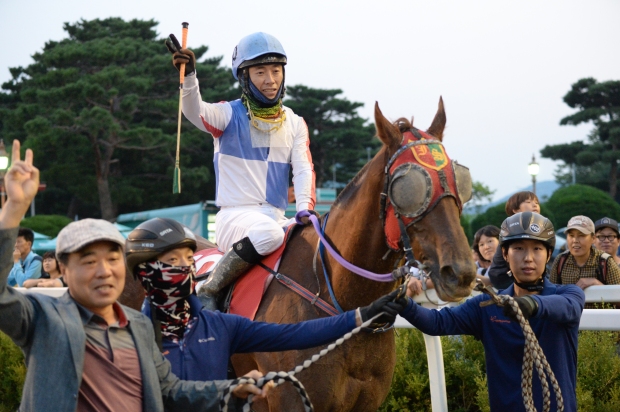 Chief Red Can, a 5-year-old US bred gelding, moves on to 6 wins from 16 lifetime starts, while for jockey Park Eul Woon it was by far the biggest win of his 19-year career.

This coming weekend, the focus moves to Busan and the Owners’ Cup. Korean Derby winner Yeongcheon Ace and Minister’s Cup winner Rock Band will take on top 4-year-olds Gumpo Sky and Success Story over a mile. The three others in the small field of seven; Triple Nine, Ildeung Hanghaesa and Doraon Hyeonpyo are no mugs either.