Primary nominations were made this Friday for June’s Ttukseom Cup and the stand-out names among the 22 early entries are two Japanese-trained horses. If they run, they will be the first horses from the Japan Racing Association to run in Korea and also become the first overseas-trained horses to run in a regular Korean Open Stakes race. 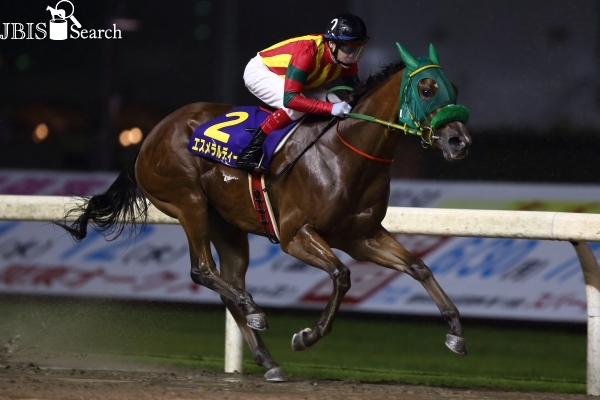 Four Korean Stakes races have this year been designated as open to overseas-trained runners this year and it’s the two from Japan who have stepped up to take on the challenge.

The Ttukseom Cup, which will take place on Sunday June 7, is a 1400M race open to fillies and mares and is the first leg of the “Queens’ Tour”. US-bred Esmeraldina and Japan-bred Robe de Soie are both experienced runners in the JRA.

Esmeraldina [Harlan’s Holiday – Tasha’s Star (Spanish Steps)] is a four-year-old who has won three of her eight races to date. She won her only start as a 2-year-old at Tokyo Racecourse in November of 2013 before starting 2014 successfully with a victory at Nakayama before finishing 3rd in the Group 2 Hochi Hai Fillies’ Revue, a Japanese 1000 Guineas Trial, at Hanshin last March.

Her biggest prize was earned through victory in an NAR/JRA Exchange race at Kawasaki, the Kanto Oaks, in June with Craig Williams in the saddle. Since then she’s raced just three times without success, most recently at Nakayama on April 19 this year. Her best (and only) time recorded over the Ttukseom Cup distance of 1400M is 1:22.5 – inside El Padrino’s Seoul Racecourse track record – and was recorded on turf. 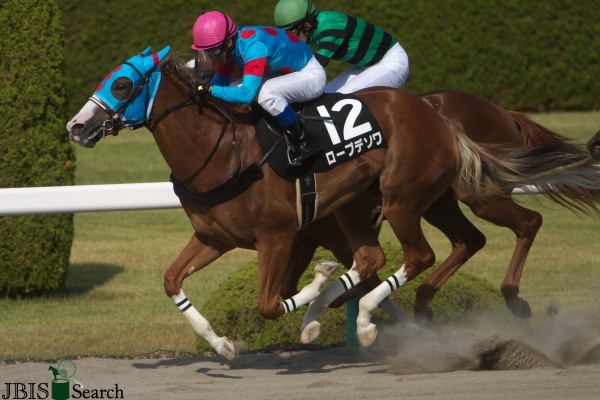 Robe de Soie [Special Week – Velvet Robe (Gone West)] is also a four-year-old. She has four wins from nine career starts. A winner on her debut at Chukyo, she went on to win the Yamaboushi Sho at Hanshin in September 2013. As a three-year-old, she was an also-ran behind Esmeraldina in the Kanto Oaks but would finish the year with back-to-back wins at Hanshin and Kyoto.

She was 7th on her most recent start at Hanshin on April 4. Her best time over 1400M is 1:23.3 on dirt. A dedicated sprinter to the all-rounder Esmeraldina, Robe de Soie comes in here with the more imposing recent form while Esmeraldina has won far more prize-money over her career. It is likely we will see some familiar jockeys riding both of them.

And it’s prize-money that they come here looking for and that is what makes this race so significant. The Korea/Japan Goodwill Cup in 2013 and last year’s Asia Challenge Cup were both invitational races meaning that the hosts picked up the bill. Win or lose, they couldn’t actually lose. In an Open race that isn’t the case and connections will be paying a substantial proportion of the costs involved in bringing their horses to the race.

The Asia Challenge Cup, which will also feature horses from Singapore and possibly Dubai, remains an invitational and on that weekend in August there will be two further races open to overseas-trained runners; the Singapore Turf Club Trophy and the KRA Cup Classic, as the internationalization program for Korean racing continues to gather momentum.

Korean connections have decided to meet the challenge head-on. In Primary nominations for the Ttukseom Cup, there were a total of 20 domestic entries; 10 from Busan and 10 from Seoul and includes most of the best fillies and mares in the country. We’ll have much more on the race over the next few weeks.

We’re just a week away from the Derby but there is still plenty of action on the peninsula this weekend.

Jo Sung Gon, who got his 600th career winner last weekend, will be in action at Busan (Pic: Hiromi Kobayashi)