A statue honouring the late Mister Park will be officially unveiled during racing at Busan Race Park this coming Sunday.

The Mister Park statue will have its official unveiling this weekend

Mister Park (Ecton Park) won the Grand Prix Stakes in 2010 and broke the Korean record for most consecutive victories before suffering a fatal injury in a race at Busan on June 23, 2012.

The life-size statue took five months to complete and Mister Park’s owner Kwak Jong Soo will attend to officially dedicate it to his horse. A special booklet “I’m Mister Park” has also been produced for the occasion. 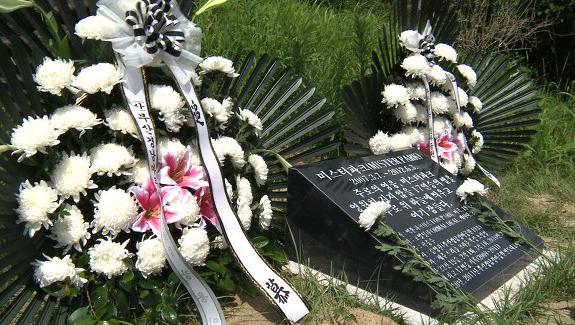 Mister Park, who was 5-years-old when he passed away, ran 22 times, winning on 19 occasions. He was Korean Horse of the Year in 2011. Read more about him here.