If every horse in Korea was campaigned in the same way that Yeonseung Daero has been, the standard of the nation’s thoroughbred may just be a little bit higher. 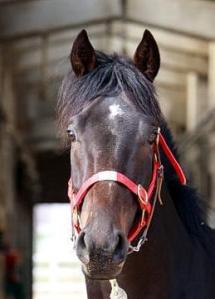 The six-year old has won over US$ 1.5Million in prize money but it would surely have been higher were he not to almost always be put in against imported horses. You don’t have to be very good to win a race restricted to Korean bred entrants, however, the prize money is higher so there is little point going up against the (rather average but better trained) imports.

Of course, Yeonseung Daero’s owner can afford the luxury of being a sportsman – he has owned a string of top Korean horses including this year’s KRA Cup Mile winner Gyeongbudaero – and he doesn’t do it with all of them. Nevertheless, Yeonseung Daero’s career has been a joy to watch. Since completing his three-year old season, Yeonseung Daero has very rarely run in domestic company and he has more than held his own.

He had been without a win – without evene finishing in the money – since triumphing in the Listed Busan Ilbo Cup way back in February. However, today, Yeonseung Daero (Creek Cat) was right back in form, swooping late to deny three-year old US colt Grand Distinction (With Distinction) in the final few strides of the first of Busan’s co-feature race with Haengbok Dream (Lammtarra) also in close-attendance in third.

Yeonseung Daero has now won 17 of his 46 career starts. No doubt he’ll continue to compete in 2013.

Closing day for 2012 at Busan saw what was for the track, an unrecedented 14 race card. It was also the last day training in Korea for American Joe Murphy. His horse Atanarjuat was scratched out of the finale, so his last runner was filly Uddukseon, who finished 7th of 14 in race 10.

A 50/1 outsider finishing in the middle of the field perhaps describes Murphy’s time at Busan perfectly although to be fair to the trainer, he has had very little ammunition in his barn during his two years here nor has he had the original amount of time he understood he would have – and felt was required – to turn things around.

There was also more depressing news off the track as it emerged that Busan’s newly crowned Champion Jockey Kim Young Geun has been stood down pending investigation into possible breaches of racing’s integrity rules. More on this, and on Murphy’s last day, later this week.

A mixed ending to the year then. We don’t have to wait long to get going again though. Racing returns next weekend, with the feature being the New Year’s Commemorative Stakes at Seoul.