Love Cat saw off a field of Seoul’s top home-grown fillies and mares to take victory in the Gyeonggi Governor’s Cup at Seoul Race Park this afternoon.

The race – the track’s most valuable of the year restricted to females – had attracted a star-filled line-up. Sent off favourite was five-year old Lucky Mountain, second in this year’s Ttukseom Cup and she was joined by a pair of Oaks winners – Baekpa, from 2007 and Euro Fighter, winner of this year’s Classic. Also there was Cheonun, who was second in the Oaks and widely thought to have the most potential of any filly in her age group, as well as Stakes winners Golden Rose and Tamnahwanhui.

It was Cheonun who set the early pace in the nine furlong race, leading until they turned for home. The filly who beat her in the Oaks then came to take things up. Euro Fighter was a 50/1 chance that day at Busan though and punters didn’t expect lightning to strike twice. It didn’t. Entering the straight, Choi Bum Hyun made his move on Love Cat while Cho Kyoung Ho did similar on Lucky Mountain. The older mare went down the rail while Love Cat was in the centre of the track and it was the four-year old who got the better of the sprint, Love Cat winning by just over a length on the line. Cheonun stayed on for third place. 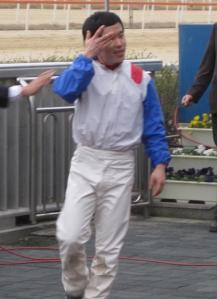 Sentimental favourite Baekpa could only manage sixth, her customary late charge deserting her this time. It was even worse for Euro Fighter, who left her race on the last bend and ended a well-beaten tenth.

For Love Cat, it was a tenth win from twenty-two career starts and a second Stakes victory following her win in the Sports Seoul last year. She has only been out of the money on three occasions and today was only her fourth race against all fillies and mares. It was another big payday for jockey Choi Bum Hyun. A week after landing his 400th career winner, he was back in the Stakes Winner’s Circle once again.

* Last year, Sangseung Ilro twice defeated Love Cat but the double Classic winner couldn’t find her best form in the feature race at Busan this afternoon. Many were sceptical as to how Sangseung Ilro would handle life as a four-year old but a golden summer in which she claimed both the KNN and Gyeongnam Do-Min Ilbo Cups in imperious fashion proved the doubters wrong. However, her always fragile fitness caused her to be a late scratching from the Gyeongnam Governor’s Cup in September and in her re-appearance today, she was never in contention.

Even if she had been at her best, it is touch-and-go as to whether she would have beaten the winner. Gimakhin Seungbu (Trippi) is a colt on the rise but he had to expend every last ounce of energy to defeat Sky Star by a nose on the line. Sangseung Ilro was just beaten out of third place by Yoshi Aoki on Money Tree.

There had been some talk of Sangseung Ilro joining Dangdae Bulpae, Cheonnyeon Daero, Namdo Jeap and Yeonseung Daero on the trip to Seoul in two weeks time as part of Busan’s challenge for the President’s Cup. That’s probably not going to happen now, but she will surely be back to fight another day. 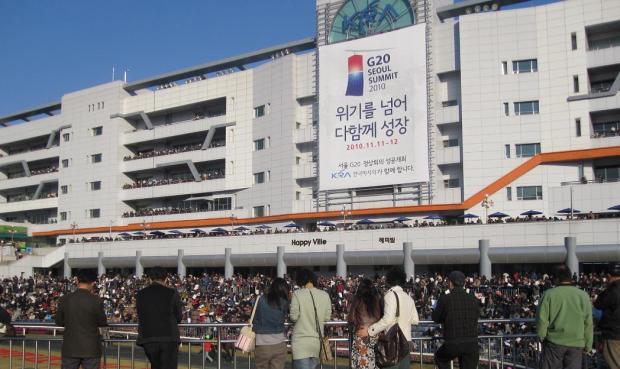