With racing widely expected to have to shut down again from next week onwards as coronavirus reappears in Korea, this time in Seoul, Saturday is likely the penultimate day of action indefinitely in the capital city. The 15-race card is behind closed doors and runs from 10:45 to 18:00. 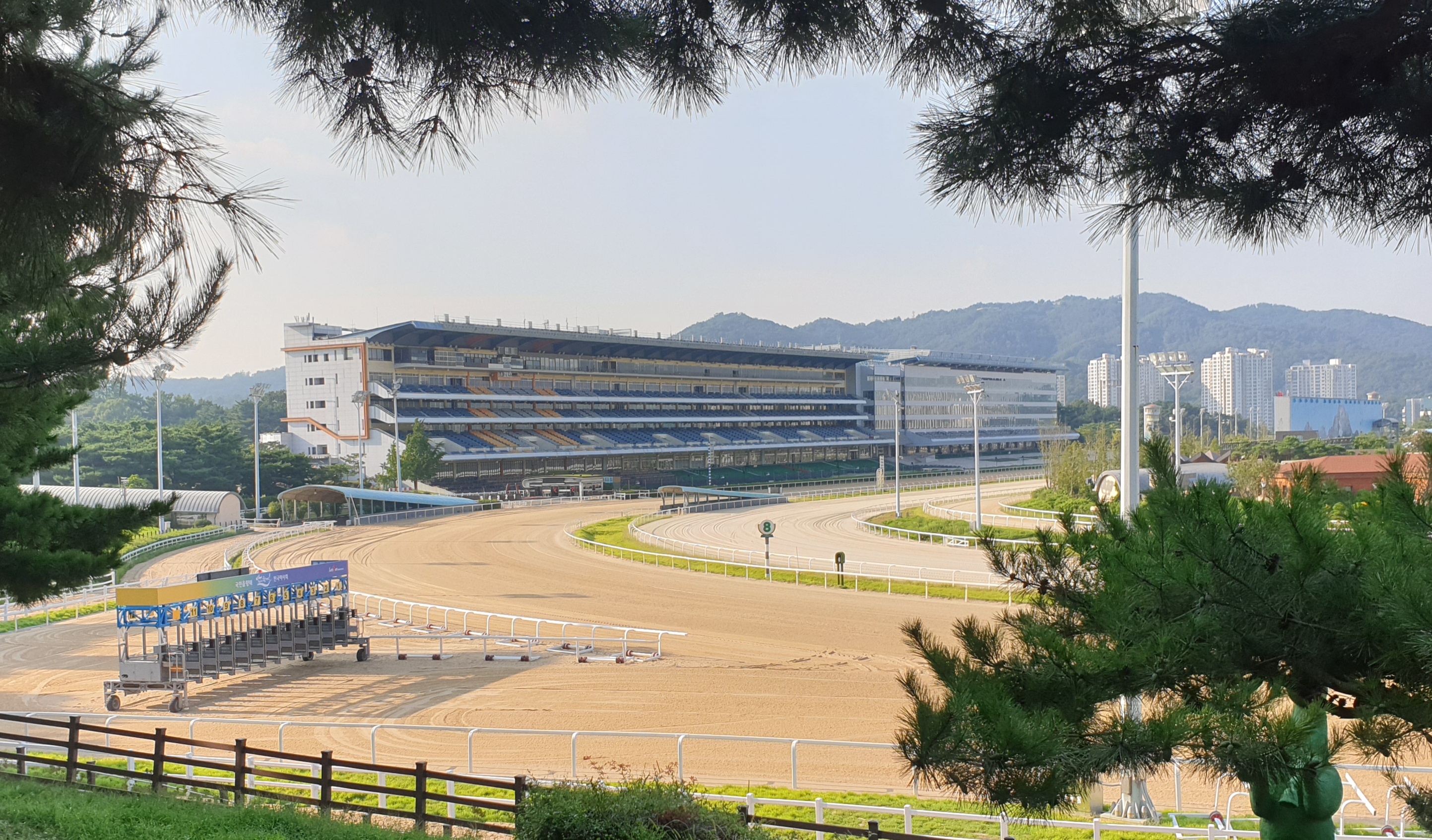 The first event on another mammoth fifteen-event card will see the imports line up over the short course. (1) SIRIUS A looks a big chance in the event after finishing third on debut behind a very impressive Balvenie. Moon Se-young sticks with the Malibu Moon colt who has drawn favourably for his second run. (7) MUNHAK MOON is another main chance that finished second on debut behind Spring King. The Gemologist colt clocked a good time given he was on debut, with some improvement he is an each way chance. (8) NAESAENGAE CHOEGO comes out of the Balvenie race where the two-year-old finished fifth. He yielded ground after sitting on speed early in the event. (10) DUSON JANGGUN looks best of the debutants after a fair trial. Place chances look best for the Broken Vow two-year-old on debut.

A field of eleven juveniles all making their racecourse debuts will line up in race 1. The eye-catcher in trials was one of the fillies, (7) REAL CONCORD. While her fast time was helped by a very wet track, the manner in which she ran away from the rest of the field was impressive and if she can bring that form to the actual races, then she looks good for the win. (2) M J STORM is the first foal out of Smart Time, a winner of five races here up to class 2 level. M J Storm won his trial in good order and shapes well to go well first-up today. (6) CHEONGSAN GANGHO and (11) CHOEGANGYEONGCHEON both ran 2nd in their respective heats and both should be competitive. So should (8) NUBIGO who looked as though she knows what’s required of her when 3rd in a trial all the way back in June.

The two and three-year-old Korean-bred gallopers line up in the third where there are many chances. (3) JINTTOBAEGI finished of nicely in his debut run when second to Hwanggeum Power. The two-year-old is likely to camp on the leader’s backs for being presented by Lee Hyeok to finish off strongly. (1) HAPPY DAY is another two-year-old that showed plenty on debut. The filly comes out of the same race where she finished third. (2) HOEDURYEONG steps up to the 1200m after finishing second behind Raon Dia on debut. The margin was big between first and second but we suspect he will appreciate the step up to the 1200m. (6) HEALING GONGJU looks next best after finishing third on debut when clocking a good time on a dry track.

Only one of these has raced at the distance before. That’s (1) ABOUT SOMETHING and she took to it well, running 4th on her latest start just over a month ago. She’ll need to improve again but it bodes well. (9) BIROE KING beat three of these on his way to 3rd place over 1200M on August 1st. He ran on strong that day for what was his second 3rd in two starts and the additional trip may well be to his benefit today. (6) RIDE MAN and (8) A.P. PATEK were back down the track behind him that day but the latter especially looks like he wants furthers and having previously been a runner-up at 1300M, looks to have solid claims here. (10) GO WELL went ok when 4th over 1200M on August 2nd, coming from off the pace and is another for whom the step up in trip should suit.

The Class 6 Korean-bred gallopers line up in the fifth where there looks only a handful of winning chances. (7) GHOST VILLAGE goes on top with no great deal of confidence. The Quality Road colt finished midfield behind Old Blade on debut. Whilst beaten a big margin the quality of opposition is much less here, plus we are expecting some natural improvement at her second start. (11) MAX DAERO comes off a last start fifth