A field of ten will face the starter at Seoul Racecourse on Sunday in the YTN Cup but of them only two will have made the trip up from Busan. Both of the southern raiders for the Group 3 test, Buhwarui Banseok and Rock Hard Seven, are trained by Bart Rice, who earlier this month saddled his 200th Korean winner. 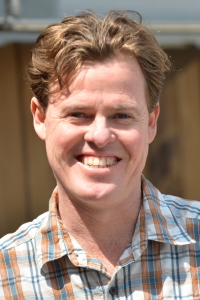 Bart Rice arrived in Korea in late 2013 having trained in South Africa, and sent out his first runners in January of 2014, making an immediate impact as his first Busan starter, Gyeongnam Sinhwa, came home an 8/1 winner. He quickly built up an impressive strike rate, something he has managed to maintain over the subsequent years and brought up his 100th winner in May of 2017.

The latest milestone for Rice arrived on July 3rd when first-time starter Mr. Fusion took out race 3 at Busan under jockey Seo Seung-un wearing the colours of owners Isidore Farm, leading from the gate and winning by ten-lengths on what was his very first start. It was a win that surprised his trainer as much as anyone.

“He (Mr. Fusion) hopefully is above class 6 but to be honest I didn’t expect him to win” Rice told KRBC. “He’s inexperienced and I thought he would need the race, but he managed to get to the front and then didn’t have any kickback”.

As for the double-century, Rice was understated. “For me it’s been a long time to get the 200 winners. I would have liked it to be a little bit faster than that but we’re happy we’ve done it. We try to be as professional as we can in my stable and appreciate the owners’ support”.

Rice may be yet to saddle a Group winner in Korea but he has taken out a number of valuable races and has sent horses from his stable to run in both Singapore and Dubai. He currently lies in 4th place in the Busan Trainer’s Premiership in what has been an interrupted 2020 racing season.

With horses such as the pair who race in Seoul on Sunday as well as the progressive Ssonsal, who won his first class 1 race last weekend and holds an entry to the SBS Sports Sprint later this month among his forty-three strong string, Rice is putting together a formidable looking team.

“I don’t really have a plan” Rice said when asked of his future goals. “We just try to get as many wins as we can. When we get to three hundred we will celebrate but I don’t really have a plan” he continued before paying tribute to his staff in what has been a challenging year. “We didn’t race for a long time but my staff always seem to be happy and bubbly and they’ve done a good job.”