The weekend’s racing kicks off on the South Coast on Friday with Busan Racecourse hosting 11 races from 11:30 to 18:00. Here are the previews: 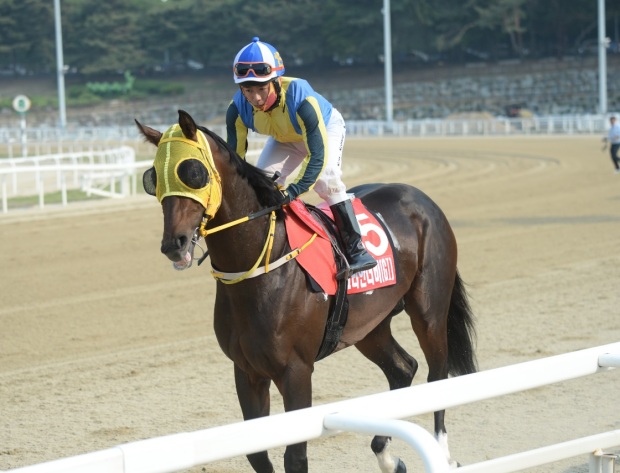 Juvenile maidens to kick things off with only two of the ten having previous racing experience. And those two are likely to be at the head of the betting market. (10) MIRACLE DREAMING debuted back on October 11th and ran 4th, despite running off with two furlongs to go and finishing the race on the grandstand rail. He got sent back to trial, which he won, and if he fixes his manners today, is in with a real chance. (1) MAN OF THE WORLD debuted the same day last month and ran 7th in a useful time. He should have come on for that and is the main danger. Of the first-time starters, (6) TOP LUCKY was a trial winner and will be backed first-up while (2) MORNING THUNDER and (9) BAEDARI SUNSHINE also looked competent in their respective heats.

More juvenile maidens and once more just two of the ten have raced before. Once more they’ll be the market leaders. (9) HALLA BIHO ran 2nd on debut on October 4th, beaten by the same filly who beat her in her trial. It was a good time and she looks the one to beat here. (6) PINEUI KKUM has raced twice and in between those had the distinction of finishing ahead of Triple Nine in a trial. His latest outing saw home run 5th over 1300M four weeks ago, leading for part of the way around and dropping back in trip today, he should continue to improve. Turning to the debut-makers. (1) K.B. BOSS ran 2nd in a fast trial earlier this month and looks to be the pick of them while (2) K-POP DANCER and (5) BURNING FLY are others who demonstrated some potential.

More maidens and (7) JEONSEOLUI PUNCH is banker favourite of the day. At least he’ll almost certainly be the shortest priced. He didn’t do much on debut in September but has since run in a 3rd and a 2nd and was only beaten a neck last start on October 25th. He’ll be on pace here and it’s hard to see him getting beaten. (4) RAINBOW PARK and (1) WONDERFUL IJI are the only others in the race to have a runner-up finish to their names. In the case of Rainbow Park, it was last start four weeks ago and he can build on it here. Wonderful Iji meanwhile is one race into a comeback following seven months out and should improve on the 5th she scored that day. (3) CHARGE POWER and (6) WONDERFUL CITY have placing claims.

(3) DREAM CHASER was a much improved 2nd on what was his fourth start on October 18th. It wasn’t a strong race and he was seven-lengths behind the winner, but his time was good, and he can challenge again here. (8) WAKANDA has hinted at ability over four appearances to date and having been slowly away, ran on well for 6th on his first try at this distance last start. The jockey booking will turn a few heads today. (7) SAEROUN SEUNGJA finished ahead of Wakanda three starts back and managed a 5th in better company than this last time out. He’s a little one-paced but should have enough about him to be close here. (4) INDIAN CHUJANG and (5) MYEONGGA DAERO are other who may improve.

Small field for the final maiden of the day. (5) DOCTOR SKY should have the edge. An also-ran in the GC Trophy on his second career start, he stepped up to this trip last time and beat a couple of his rivals here on his way to a solid 2nd place. He should be on pace from the start today and can win. The pair he beat in that race, (8) JANGGUNEUI JILJU and (7) NAGWON DAERO are both capable of improving on their last start finishes although a bigger threat may turn out to be (2) KING OF JOY. He’s two starts into a comeback following six months off and ran a good 4th last time out two weeks ago over 1300M. (1) TEXAS GONGJU another who can challenge for some minor money.

(7) IRON WARRIOR comes in having run a good 2nd in a similar strength race to this on October 13th, beating a couple of these in the process. That day’s winner has gone on to win again and from a handy position, Iron Warrior can go on to win today.  (10) TANGENT returned to action for the first time since January to run 3rd over this distance END_OF_DOCUMENT_TOKEN_TO_BE_REPLACED