A year ago, Triple Nine emulated Dangdae Bulpae in winning the President’s Cup for the third consecutive year. Now the six-year-old has a chance to enter unchartered territory as he bids to take home the trophy an unprecedented 4th time. 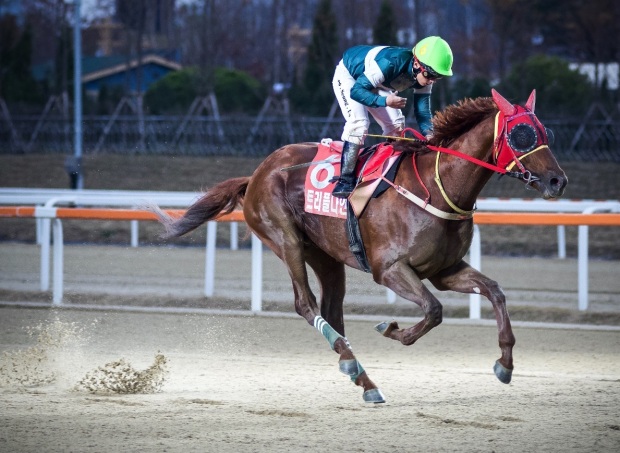 It’s not only never been done in the President’s Cup before but it would be a first time in any Korean Group Race. Here are his wins so far:

2015 – Reward at least after Classic near-misses

Having finished 2nd in the Korean Derby to Yeongcheon Ace and 2nd in the Minister’s Cup to Rock Band, Triple Nine beat both his fellow three-year-olds to more than make amends for missing out in the Triple Crown races. Under Lim Sung-sil, Triple Nine was sent out as slight faovurite and stalked the early leaders before unleashing in the home straight to score by three-lengths from Rock Band and outsider Ildeung Hanghaesa.

2016 – Putting his Stablemate, the Triple Crown winner, firmly in his place

Stablemate Power Blade had won all three legs of the Triple Crown but he was no match for Triple Nine, who two months earlier had also finished ahead of him in the inugural Korea Cup. The younger horse could get no closer than three-lengths on the line as Seo Seung-un steered Triple Nine to a comfortable win. Success Story, who had run well at the Dubai World Cup Carnival at the stand of the year came home in 3rd place. Two months later, both Triple Nine and Power Blade would themselves jet off for successful stints in Dubai.

With Power Blade having recently finally started to get the better of his rival, most pundits were of the opinion that this time there would be a changing of the guard. Not a bit of it as with Lim Sung-sil up once more, Triple Nine collared Power Blade with a furlong to go, zipping by him as if he was wasn’t there to claim his hat-trick by two-legnths on the line. The board ended up identical to that od 2016 with Success Story once more in 3rd.

Dangdae Bulpae won three consective President’s Cups between 2010 and 2012 but while he did attempt a fourth in 2013, it proved a race too far as he finished 10th of 16 as Indie Band took victory and was retired afterwards. Both Indie Band and Dangdae Bulpae are now retired at Isidore Farm on Jeju Island – the farm where Triple Nine was foaled. 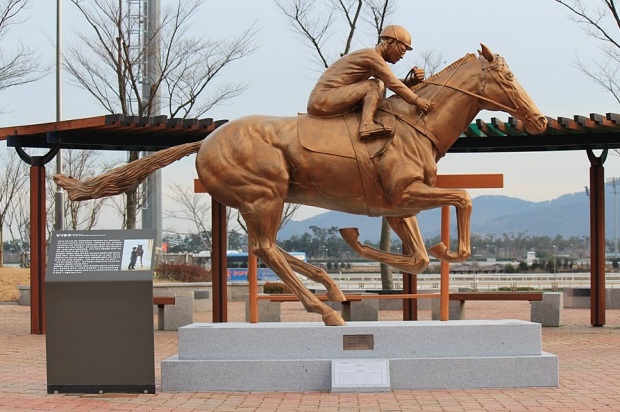 Dangdae Bulpae now has his own bronze statue at Busan Racecourse (although his greatest wins were at Seoul he, just like Triple Nine, was trained on the South Coast). Triple Nine’s statue is already assured. If he wins on Sunday, it may just be in Gold.