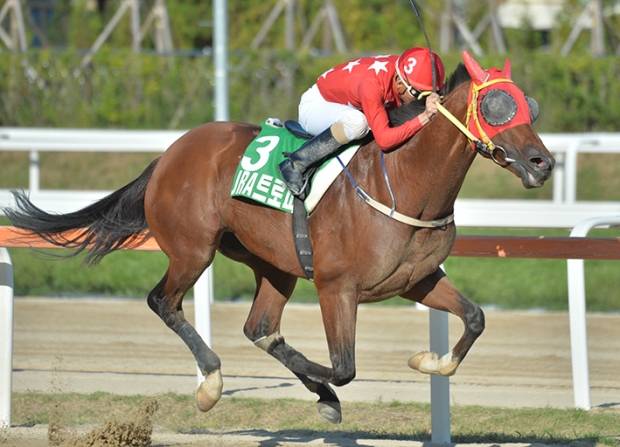 The return of SHAMROCKER, still one of the highest-rated horses in the Korean capital, meant the rest of the field were carrying light weights and while Shamrocker himself ran creditably for 6th, he was nowhere near Road Winner. Once jockey Antonio Da Silva released the hand-brake, the even-money favourite easily saw off the challenge of WINNER GOLD and a game HAEMARU to win the 1800M test by two-and-a-half lengths.

At Busan, BUHWARUI BANSEOK returned to the winner’s circle in the south-coast track’s feature handicap. Bart Rice’s five-year-old ran a strong 5th in last season’s Grand Prix Stakes and had been solid throughout this year’s campaign which had yielded one win from five starts prior to today. He was sent off at odds in excess of 20/1 though as Kim Young Kwan’s CAPTAIN FORCE, a Minister’s Cup also-ran but a four-length winner over this class and distance in early September.

The three-year-old was never in the hunt though as, under apprentice jockey Jo Sang-beom, Buhwarui Banseok struck the front just over a furlong out and ran on to win by a comfortable three-lengths from 2nd placed-APPROACH, who was racing for the first time since his creditable 5th place in the KRA Trophy at Kranji in Singapore in July.

Next Sunday Stakes action returns to Seoul with the Group 3 Jeju Governor’s Cup for fillies and mares over seven furlongs.