There was a thrilling finish to the Korean Oaks at Busan this afternoon and at the end of it, plenty of Korean racing history was made. Kim Hye Sun became the first Korean female jockey to win a Group race while Masteru Mizutani became the first foreign owner to do the same as 56/1 outsider Jejui Haneul pulled off a shock win 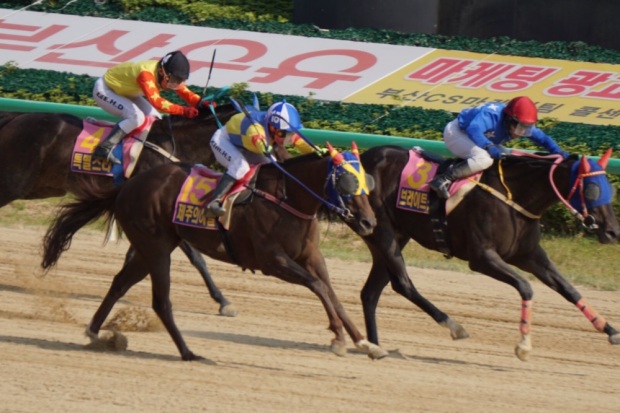 Jejui Haneul was unfancied but was never likely to be a no-hoper having been one of the few in the field that had already performed creditably around two turns. However hers and all others chances were boosted when pre-race favourite Ice Marine blundered on exiting the gate, putting herself at a huge disadvantage before the race had even got going.

She never really recovered from that and things looked set up for 2nd and 3rd in the betting, Uju Star and Bright Star to dispute the finish. They reckoned without Jejui Haneul, who flew home on the stands-side under Kim Hye Sun to pip Bright Star by a head on the live. Longest shot on the board, the 183/1 chance Teukbyeol Star got up for an even unlikelier 3rd and almost break the tote system with an unprecedented tierce pool dividend. 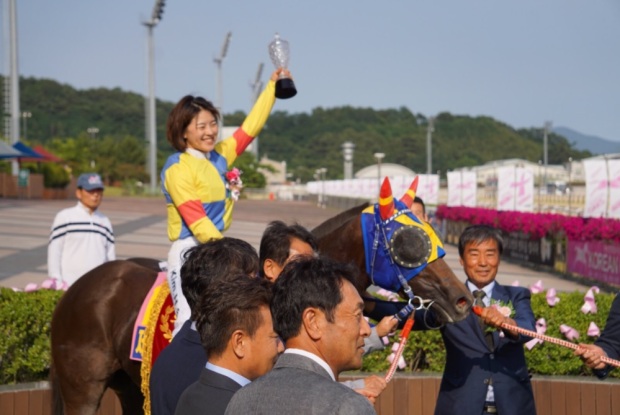 Since debuting in 2009, Kim Hye Sun has already established herself as the most successful Korean female rider of all time, the Oaks being her 225th win from just shy of 3000 mounts. No Korean woman had ever won a Group race though, much less one of the Classics. There were tears in the post race interview but 30 minutes later, Kim was back out and riding in the day’s finale.

It was a great ride and while time will tell how good this current crop of fillies is, it was another win for Seoul. The capital track has now won three out of four encounters involving this year’s three-year-olds. That’s something we didn’t think we’d be seeing anytime soon.

1. DANCER – Really struggled in her latest few and can’t be recommended here.

2. JEONSAUI HUYE – Disappointed on first try at this level two weeks ago but is worthy of another chance here.

3. BEONGGEULBEONGGEUL – Capable of beating plenty at this level. Win would be a surprise but should be looking for the places.

4. SEONGGONG PLAN – Struggled in three outings at this level since maiden win in January.

6. HANNAM ROOKIE – Yet to win in 17 but does occasionally find the minor money. A win would surprise though. END_OF_DOCUMENT_TOKEN_TO_BE_REPLACED