He did it in January in the Segye Ilbo Cup and today in Group company, Always Winner once more got the jump on the field and scored an all the way victory in the Seoul Owners’ Association Trophy. 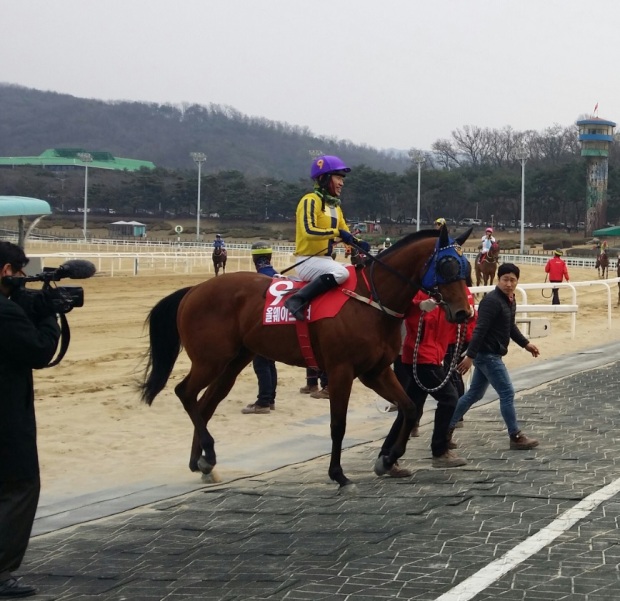 Always Winner was sent off as a 20/1 outsider in the Segye Ilbo but hit the front early to beat a decent field that included four who returned to face him again. This time he was a little bit more respected, punters making him the 7/1 fourth choice.

Today under Park Eul-woon, Always Winner once more broke the best and found the front form the gate and once more it was a lead he would not relinquish as he ran on to win by half a length. Coming 2nd was favourite Cheonji Storm who, while expected to be on pace instead went right to the back of the field before flying home down the outside. A few more strides and he would have won – and surely will will plenty later this year.

Best Guy, 2nd in the Segye Ilbo, put in another creditable run in 3rd while Gorgeous Dream returned to some semblance of form in 4th. There was no luck for Brian Dean’s Jangsanjewang, however, who gave it a good go tracking Always Winner early in the race but just couldn’t get home.

Always Winner, a 5-year-old gelding trained by Shim Seung-tae was winning for the 7th time in 24 races.