There are thirteen left in this coming Sunday’s Ttukseom Cup at Seoul Racecourse, the track’s first International Open race. They are headed by Japan-based Esmeraldina, who arrived in Korea last week. 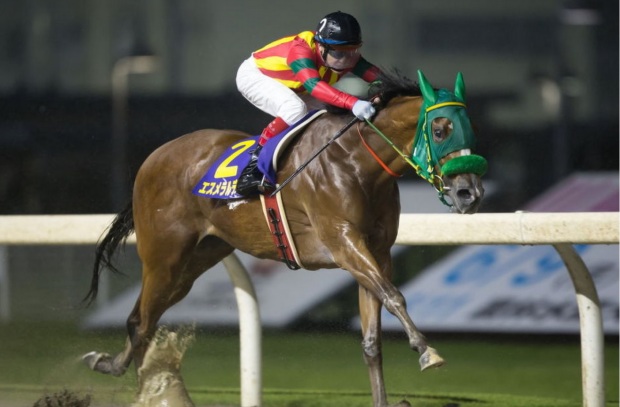 Esmeraldina’s connections have shrewdly opted to give the ride to Busan-based Japanese jockey Joe Fujii, a man who has won three big Stakes races in the Korean capital before; the Grand Prix Stakes, the Korean Derby and the Jeju Governor’s Cup. The four-year-old Esmeraldina has reportedly settled into Seoul Racecourse very well.

The other Japan-based filly initially entered to run, Robe De Soie, was unable to make the trip after suffering a bleeding attack.

Four are set to travel up from Busan with Heba and New York Blue among them with the rest coming from the home track.

We will have a full preview after final declarations later in the week but in the meantime, here is a run-down of those left in with pedigree (Starts/1st/2nd/3rd) and home track: