The Korea Racing Authority (KRA) has announced a major shake-up of of the racing calendar for 2015 as it seeks to strengthen the competitiveness of Korean horse racing and further its goal of being promoted to a Part 2 country. 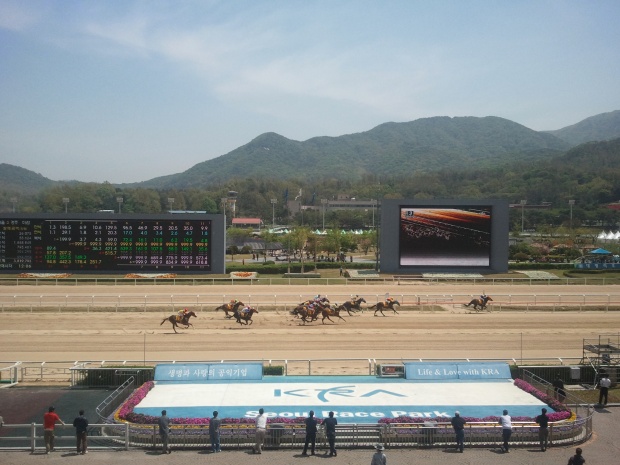 The changes – which have been an open-secret for some time but were finally posted on the Authority’s Korean language website on Friday – coincide with the introduction of a new rating system that will see domestic-bred horses run against imported horses with far more regularity than they do now (although the Triple Crown remains restricted to Korean-bred entrants). The new calendar also adds International Open races to the the International Invitational ones which have been held in the past two years.

Here are the major changes:

Triple Crown: While the individual races which make up the Triple Crown remain the same, the final leg will be brought forward from October to July so the three jewels will be as follows:

The Korean Oaks will also move forward from its previous August date and will be run at Busan on June 21. The Oaks will be the final leg of the “Filly Triple Crown” after the Cup Mile and the Derby.

Queens’ Tour: The three races that made up this series were previously spread over a period of 8 months which meant the line-up for the last leg was often unrecognisable from the first. To remedy this, the Ttukseom Cup at Seoul, has now been put back to June with the two Busan legs, the KNN Cup and South Gyeongsang Governor’s Cup being in September and November respectively.

International: Five races have been designated as open to international runners. The JRA Trophy in May and the aforementioned Ttukseom Cup in June will be international open races while the SBS Asia Challenge Cup will be the centrepiece of a huge weekend at the end of August. The Cup itself will be an international invitational race as it was last year, however, the Singapore Turf Club Trophy and the KRA Cup Classic will be run on the same weekend and wil be designated international open races. Qurantine protocols have already been established with both Japan and Singapore while others are being worked on currently.

Recognised Trial Races: While this blog has talked for years about such and such race being a trial for such and such another race but it’s never been officially that way. Now though, taking March 1 as an example, the Macau Jockey Club Trophy at Busan and the Sports Seoul Cup in the capital will both be official Korean Oaks trials.

More Opportunities For Sprinters: If Korean horses are to eventually compete on the international stage, it is most likely to be at sprint distances and with that in mind, there are more opportunities for them to run for big prizes. Both the Asia Challenge Cup and the Jeju Governor’s Cup will be sprints and both will also have official prep races.