There’s no point lamenting what wasn’t there. Instead today was about celebrating what was and Magic Dancer put in the best performance of his career to date to win the Jeju Governor’s Cup at Seoul Racecourse today. 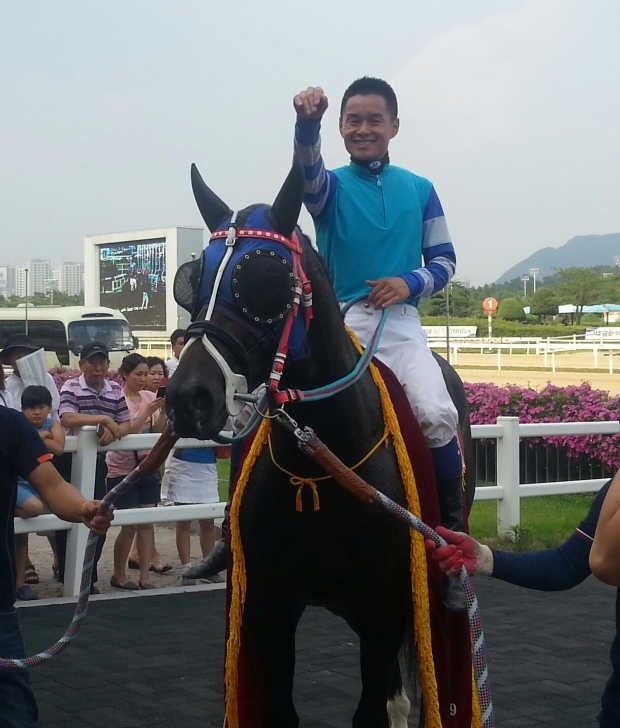 Sent of as the odds-on favourite, it was a point-and-steer job for jockey Joe Fujii who kept Magic Dancer just off the shoulder of the early leader before taking over as they rounded the home turn. The pair then accelerated away from the field in the home straight before easing down to a 2.5 lengths win.

Chasing them home was Peter Wolsley’s My Winner, a fine performance from a gelding getting better as a 5-year-old. He was the only other one really in the race, with third placed Impetus a full 7 lengths behind.

Magic Dancer, a 4-year-old colt from the formidable Kim Young Kwan training machine has long been thought of as one of the best of his year-group, yet today was his first trip to Seoul and his first victory in a Stakes race. His overall record though moves onto 10 wins from 15 starts and, with Indie Band out of the picture, he should play a big role in the big Stakes races to come. 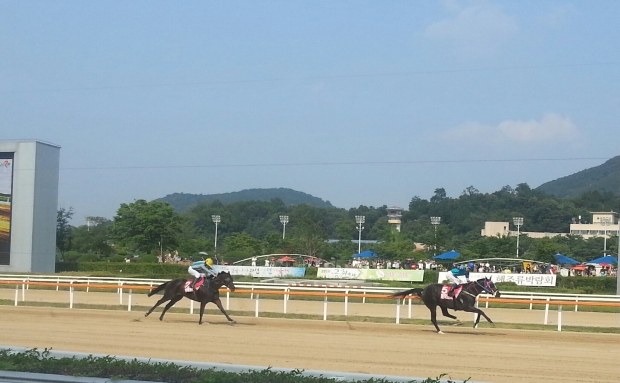 As for his jockey, Joe Fujii cemented his reputation as the most popular Japanese man in South Korea. Today was his 5th Korean Group race victory among 6 Stakes wins in all. He didn’t have to do a whole lot today, but as always, he got it done, wife and son joining him in the winner’s circle afterwards.

That celebration wasn’t before Fujii and Magic Dancer somehow managed to get lost on the way back to scale after they inexplicably found themselves on the inner track and had to double back all the way to the backstretch to get across and then trot back to a warm reception from punters.

So another piece of silverware disappears down the Gyeongbu Expressway. Seoul shows no sign of upping its game and the next big clash of the tracks is the Busan Metropolitan City Cup on the South Coast next month,