Jo Sung Gon has been granted a 6-month license to ride in Macau. The reigning champion jockey at Busan Race Park will have his first rides at Taipa this weekend. 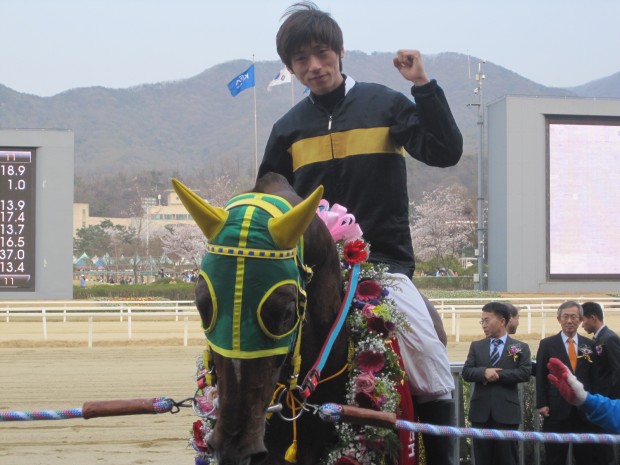 31-uear-old Jo has won more races at Busan than any other jockey, with 480 since the track opened and has a career quinella strike-rate of 27%.

Jo’s big race wins include the Korean Derby in 2009 on Sangseung Ilro and the Korean Oaks in 2012 on Rising Glory, although he’s best known for his partnership with the recently retired Dangdae Bulpae, on who he won a Minsister’s Cup and 3 consecutive President’s Cups.

Most recently, Jo has been stable jockey to Australian trainer Peter Wolsley. He follows on from Seoul’s champion jockey Moon Se Young who also had a stint in Macau this time last year.

Jo will debut this Sunday with rides in six of the seven races on the card, including two for Korean trainer Seo Beom Seok who since the middle of last year has been simultaneously operating stables at both Seoul and Taipa.