So the wine really didn’t work last week. This week, we’re going for something altogether more Korean. Soseuldaemun put Seoul to the sword last week by claiming the KRA Cup Mile – the first leg of the Korean Triple Crown – for Busan, but there’s a competitive eleven race card in the capital this Saturday.

Radioactive Sandstorms Expected This Weekend is the kind of headline that Gyongmaman has always wanted to be involved in and it looks like it’s going to happen. Here’s what he will be losing what little remains of his money on: 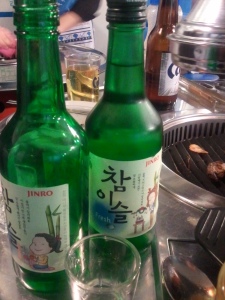 Gyongmaman doesn’t do favourites. The majority of this lot are not going to win. So he recommends a small amount (maybe 2,000 won) on each to win and a smaller amount (maybe 4,000won) to place. You’ll not get rich but with any luck, you won’t go bankrupt either. Radioactive or not, it’s going to be a little bit sandy but nevertheless, come racing! Here’s what’s happening when and where on Saturday and Sunday: