A trip to Ttukseom and Sinseol-Dong

The current Seoul Race Park, just outside the city limits in Gwacheon is horse racing’s third home in the capital. With no racing this weekend, it was an opportunity for a long overdue trip across the city to visit the sites of its two predecessors. 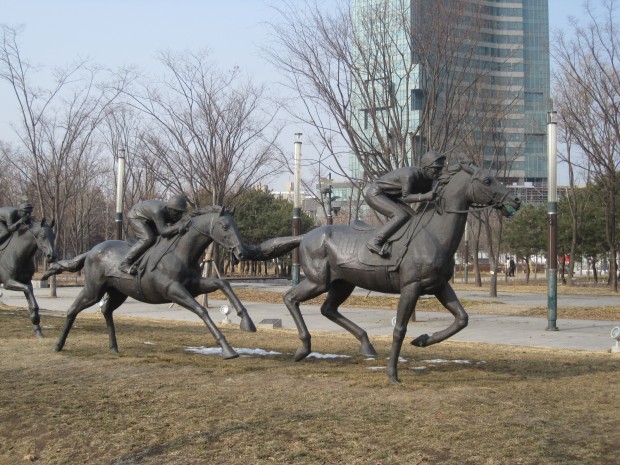 Seoul Forest honours its history as the former Ttukseom Racecourse

The KRA moved its operations to the current site in Gwacheon after the 1988 Seoul Olympic Games. During the Games, the KRA had organised the equestrian events and afterwards converted the facility for racing, closing its track at Ttukseom which had been the home of Seoul Racecourse for thirty-five years.

Remarkably, given its central location, Ttukseom remains open space. After the racecourse closed, a water purification plant was built but the majority of the site lay untouched with the infield public golf driving range remaining open until well into the 1990s.

In 2003, resisting the temptation to turn the whole site into a private golf-course or to let Samsung, GS et.al build expensive apartments on it (well not on all of it, anyway) the City Authorities launched an ambitious plan to turn the area into an inner-city Forest Park. The old grandstand was finally knocked down and two years later, “Seoul Forest” was officially opened. And a beautiful place it is too. 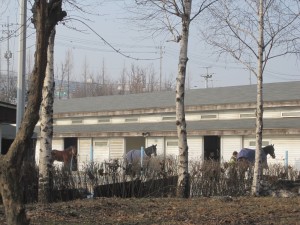 Some of the old Stable blocks are still in use

The bronze statues of racehorses contesting a tight finish is just one of many reminders of its former use. The oval track outline is still visible, having been turned into a walking path and, even on this chilly late winter day, many walkers, cyclists, and even game-playing families, were out enjoying the tail-end of the Lunar New Year holiday in the cool sunshine.

The old stable buildings were located on the same side of the track as the Grandstand and while there is no trace of the latter, one or two stable blocks remain intact as the home of the Seoul Equestrian Club. Indeed a number of horses were out being schooled in the club’s paddock drawing a small crowd of onlookers.

This chap was huge! But friendly enough as he took a break from schooling

The “forest” extends a long way beyond the confines of the old racecourse to join up with the nearby Hangang Park. It includes various “Eco-Zones” (basically bits of land that have just been left as they are) and a deer habitat, as well as a concert stage and the obligatory bicycle hire, coffee shop and fast food restaurant. While pleasant enough already, when the young trees start to mature in the next few years, Seoul Forest will surely be one of Seoul’s best parks.

The home turn - unlike the current Seoul Racecourse, horses at Ttukseom ran clockwise

While it’s been only twenty-three years since it hosted its last race, Ttukseom truly does belong to a different era of racing. There was no private ownership of horses – all were owned by the KRA – and therefore no prize money. The Korean Stud Book was only just getting started and a large portion of the horses running would not have been thoroughbreds. The only Stakes race to have begun at Ttukseom and still be run today is the Grand Prix, however, the old course is honoured in a race of its own, “The Ttukseom Cup”, contested at Gwacheon each April. Park Tae Jong, Shin Hyung Chul and Kim Gui Bae are the only jockeys still riding who began their careers at Ttukseom. 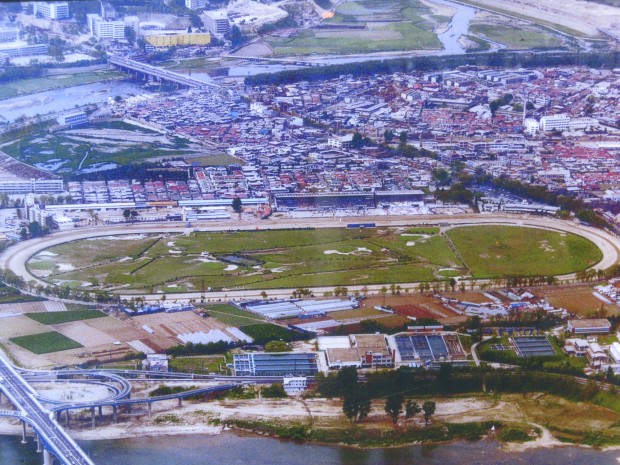 From the Archive: An overhead view of Ttukseom in its racing days (photo of a photo in the gallery at Seoul Race Park)

A fifteen minute subway ride from Ttukseom brings you to the district of Sinseol-dong and a step even further back in time in Korean racing terms. Sinseol-dong, adjacent to the historic “Dongdaemun” or “East Gate” and it’s sprawling market, was home to Seoul Racecourse from 1928 until the outbreak of the Korean War in 1950 when the track was abandoned (see this post from last year about the final day of racing at Sinseol-dong).

Today, nothing remains of the track, which was situated from the wall of Dongmyo Shrine in the west, stretching down to the Chongyecheon stream to the South, Sinseol-dong Station to the North and the present day Seoul Folk Flea Market in the east.

The KRA does, however, have a presence on the site in the shape of a gleaming new eight storey Off-Track Betting Plaza. The plaza is located a few metres to the south of where the winning post would have stood. 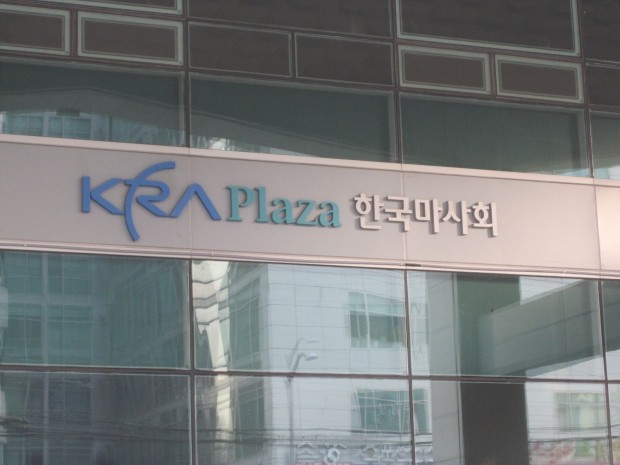 Just south of where the Sinseol-dong winning post would have stood, the KRA has a massive, brand new off-track betting plaza

The rest of Sinseol-Dong – the old track infield – is a maze of old buildings and alleyways that were constructed in the late 1950’s and early 1960’s and which have yet to undergo the “Samsung-ification” of much of the rest of tha capital. With the Dongmyo Market in the East and the “Folk Flea Market” in the west, it is a fascinating area and one in which you can walk around for hours without running out of things to see. However, the giant – and very expensive – Lotte Castle Apartment buildings just to the South sadly look sure to encroach on the area very soon

In the early part of the twentieth century, there were a number of racecourses across the peninsula operated by local racing clubs, including a number in what is now North Korea. It is Sinseol-Dong and Ttukseom, however, as the forerunners of the present day Seoul Race Park, that played the biggest role in the development of horse racing here. For different reasons, the sites of both are well worth visiting; Ttukseom to spend a couple of hours away from city life in a tranquil setting and Sinseol-dong to see a little bit of the vibrancy of old-Seoul before its gone for good. The current track at Gwacheon is even more worth a visit and live racing resumes next Saturday.

Sinseol-Dong: Sinseol-Dong Subway Station (Subway Lines 1 & 2), exit 10. The site of the winning post is in the vicinity of the KRA Plaza. Take exit 10 from the station, turn left and walk for 1 minute. 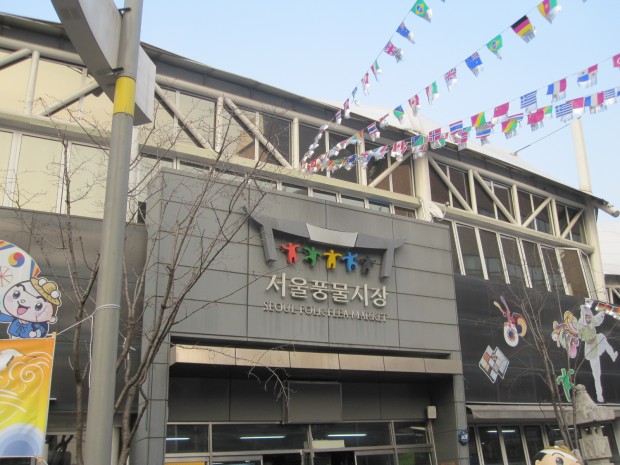 Seoul Folk Flea Market - you can buy anything either in the main bulilding or the surrounding streets. Located just east of the old winning line at Sinseol-dong