He was late arriving on the scene but Bulpae Gisang got just up in time to secure victory in the feature event at Seoul Race Park this afternoon. Winner of the Busan Metropolitan and second in the Grand Prix to fellow Kim Yang Seon trained Dongbanui Gangja, Bulpae Gisang is widely considered to be behind only his illustrious stablemate on current form. 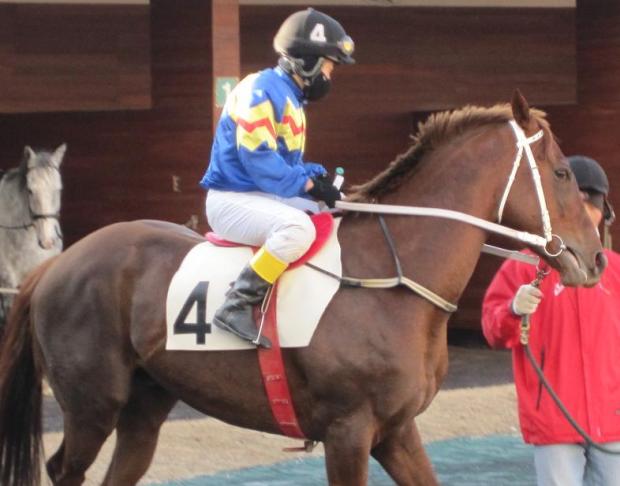 That didn’t stop him being sent-off at slightly better than even money, however, and as Haengun Daewang led the field into the home straight, it looked as though punters had been wise to be cautious. Park Tae Jong had things under control though and brought Bulpae Gisang down the outside to hit the front just metres from the line. Baekjeonmupae came along on his inside to grab second with Haengun Daewang hanging on for third.

It was an eighth win for Bulpae Gisang [Lightnin ‘n Thunder – Neat Trick (Clever Trick)], and the American bred four year-old looks set to running for big honours later in the season.

Who’ll be joining him and Dongbanui Gangja as the top overseas-bred horses is up for debate. Tough Win [Yonaguska – Maggie May’s Sword (Sword Dance)] looks sure to be one of them. He runs tomorrow but the only horse to get close to him in his three runs to date is Cheonho. He ran this afternoon and duly picked up his second win in the seven furlong race 10. 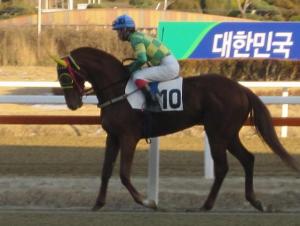 Cheonho and Toshiyuki Katoh parade prior to their win

It was a big ride for Toshiyuki Katoh who doesn’t get the opportunity to ride good things very often. The Japanese rider made no mistake as he calmly took Cheonho [Macho Uno – Meadow Peace (Meadow Lake)] to the front turning for home and then galloped away from the field in the straight.

Earlier on yet another sub-zero day in the capital, there had been a welcome return to form for the now five-year old Namchon Party. After finishing third behind Gaeseon Janggun in the 2008 Minister’s Cup, the then highly rated three-year old colt suffered an injury that kept him off the track for over a year. 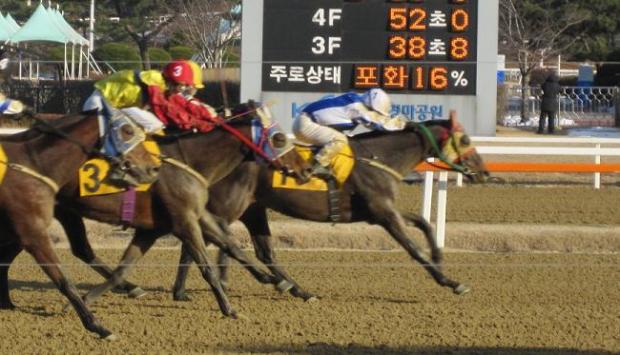 Returning just before Christmas, he was well beaten, but today, he was back to his best as he produced a fast final furlong to sprint away from Gwacheon Jijon and Concours in the class 2 race 8. With his record now five wins from eleven races spread over nearly three years, if he keeps fit, maybe this can be Namchon Party’s year at last.

Sunday is set to be a big day. Aside from the afore-mentioned Tough Win, President’s Cup winner Nice Choice will be on show at Seoul while at Busan, the star-turn will be the Derby winning filly Sangseung Ilro who will look to get back in the winner’s circle in the feature race for the first time since the Derby.