After Seo Seung Un’s recent triumphs in the USA, it was the turn of two more young Korean jockeys to open their accounts overseas today as Jung Dong Cheol and Yoo Gwang Hee both rode their first winners in Australia. 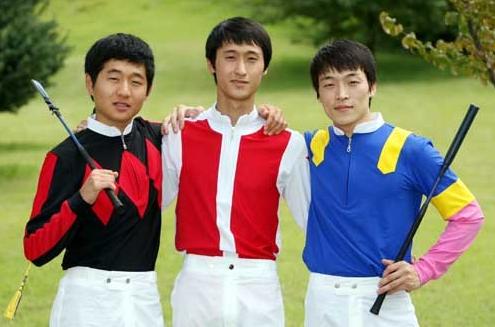 The two first year apprentices, who are based at Busan Racecourse, both debuted in August last year and are in Australia as part of their ongoing training. Between them they won three of the five races on Saturday’s card at Longreach Racecourse, a small track, seemingly in the middle of nowhere, in Central Queensland.

Jung didn’t have to wait too long to get in the winner’s circle himself, claiming the fifth and final race on Sistabella (Hidden Dragon) by just under half a length.

Since debuting at Busan last year, Jung has ridden 16 winners from 235 rides while Yoo has triumphed 7 times from 188.