It had been coming for a long time but when it finally did, at 11:43am last Saturday, something happened at Seoul Racecourse that rarely – if ever – occurs. There was applause. After winning race 3, Park Tae Jong turned his mount around and then trotted back past the winning line to the spontaneous acclaim of the grandstand. 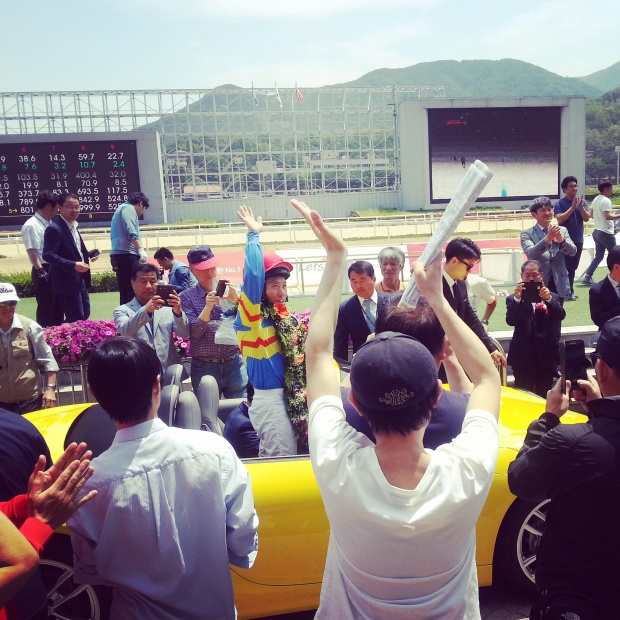 We’ll get the cynicism out of the way early. Park had just guided Gangho Cheonnyeon, a 1.3 favourite to victory meaning just about every punter present had won their quinella bet; had this happened in race 1 when he was riding a 40/1 chance, the assembled punters may not have been so generous with their praise. It was though, a very warm moment.

In that race; race 3 on Saturday morning, Park Tae Jong became the first Korean jockey to ride 2000 career winners. In worldwide terms that’s a figure that is creditable and noteworthy but not unusual. For a Korean jockey of Park’s generation, it is an achievement that is nothing short of astonishing.

While Korean racing in 2016 still has a long way to go to be internationally competitive, it is worlds away from what it was when Park gained his license aged 22 in April of 1987. Most jockeys in those days would expect to ride for about five years, maybe getting 50-100 winners along the way if they were lucky. In a less than optimal system, many would then become Trainers. Many of them still are.

Additionally, in those days, there was a strict cap on the number of races a jockey could ride in each week. This  was only lifted when some jockeys were permitted to become freelance instead of being retained by a trainer around ten years ago. Even so, there are still only a total of 22-23 races a week that a jockey can ride in and few jockeys ride the full amount.

Park has also managed to make it through 29 years without any integrity run-ins. Famous for going to bed at 9pm every night and eschewing the soju-sloshing ways of some of his former contemporaries, he is one of only four from that era still riding today. However, none of Shin Hyoung Chul, Kim Ok Sung and the still hanging in there, Kim Gui Bae, have come anywhere close to what Park has achieved. Of those SHin has ridden the most winners with 677.

Park Tae Jong’s first Stakes win was on Beoun in the now defunct Mugunghwa Cup in 1992 having already passed 100 career winner the year before. His first Graded race winner, Kev, came in the Ttukseom Cup, also in 1992. Park’s first and so far only Grand Prix Stakes win was in 1995, when he guided Daekyeon to a gate-to-wire eight-length win.

During the 1990s Park would establish himself as the nation’s top jockey, passing 500 winners in 1998 and then in 2000, passing Kim Myung Kuk’s record of 722 winners. Since then he has led the all-time winner’s list without interruption. He’s won three Korean Derby’s, a couple of Owner’s and Minister’s Cups and also the KRA Cup Mile at Busan in 2010.

Park became the first jockey to pass the 1000 winner mark in 2004 – and celebrated by being driven down the home straight in a Porsche – something he would repeat on Saturday only twelve years ago the Porsche was red, this time it was yellow. In common with all Seoul jockeys, Busan’s emergence as the base for the best horses in Korea has limited Park’s opportunities to win the very biggest races as, such as the arrangements the jockeys’ unions have made between themselves, only Busan jockeys may ride Busan horses.

Regardless, on a day to day basis, he remains one of the best in Korea. Park continues to ride winners and currently lies in 4th place in the 2016 Seoul Championship behind only Moon Se Young, Djordje Perovic and Jo Sung Gon. 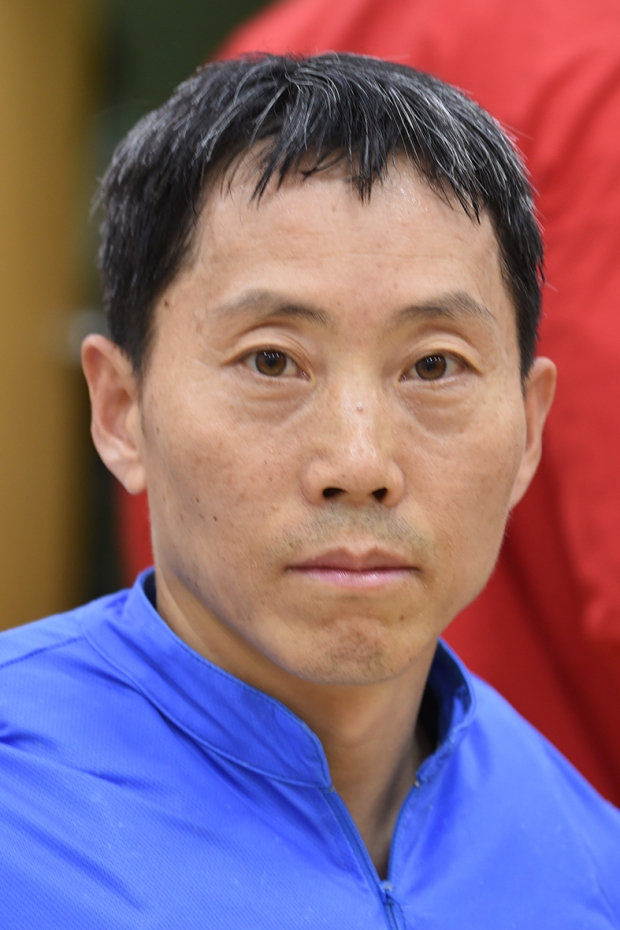 When you tell people in Korea that you are interested in horse racing, reactions are mixed. Many will think you are a degenerate gambler beyond redemption. Perhaps they are right. But most when pushed will also have heard of Park Tae Jong. They probably won’t have heard of Moon Se Young. Not yet, anyway.

His achievements may only be domestic in a country that craves international recognition and where a substantial proportion of the population looks down on its own sports leagues and events, but Park Tae Jong still deserves acknowledgement as one of Korea’s finest sportsmen of the past three decades. For a moment last Saturday, that was celebrated.