Racing returns this weekend after the break for the Lunar New Year holiday with big cards across the board and some big names making an appearance. 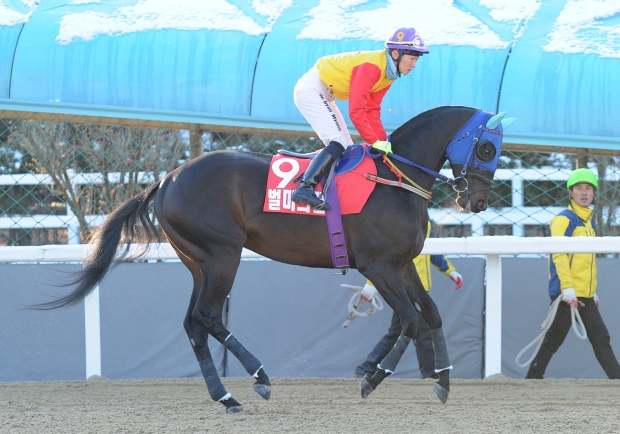 Beolmaui Kkum is in action on Sunday (Pic: Ross Holburt)

It’s been four months since Never Seen Before galloped down the home straight at Seoul to win the Minister’s Cup, the final jewel in Korea’s Triple Crown. Now finally, the colt who gave Aussie trainer Peter Wolsley his first Korean Classic victory, reappears on the track.

This time he is at home, in Busan’s Friday afternoon feature. He shouold be the favourite although he will have the likes of Useung Radar and Damyangui Jilju for company in the Class 1 handicap over a mile.

Sunday at Busan also sees a heavyweight – literally – match-up as the top-rated horse in Korea, Beolmaui Kkum, carrying 60kg looks to make it two out of two for 2015 with Gamdonguibada among those out to stop him in the feature handicap.

Earlier on Sunday, Busan plays host to the Macau Jockey Club Trophy while up at Seoul, the Sports Seoul Trophy headlines Sunday’s card.

February turns into March and while we seem to be getting one last blast of winter in the Korean capital right now, it should be mild by the weekend.

Complete Racecards can be found here