It’s time! The race that we’ve been waiting for all year will take place under the floodlights at Busan Race Park this Sunday evening as Tough Win and Smarty Moonhak square-off in the Busan Metropolitan City Mayor’s Cup. Informally billed as the Summer Grand Prix, it’s the climax of the first half of the season in the same way that the actual Grand Prix – at Seoul in December – rounds off the year.

It was in the Grand Prix that Tough Win and Smarty Moonhak met for the first and only time to date. Tough Win won that day, with the late Mister Park beating the then two-year-old Smarty Moonhak into third place. Seven months on and things could very well be different this time.

It’s not a match-race. Last year’s winner Yeonseung Daero returns to try to defend his title while double President’s Cup winner Dangdae Bulpae is also among a field of twelve who will contest the 2000 metre race on Sunday.

Here is a full run-down of all the runners, starting with the big two (gate, name, pedigree (runs/1/2/3) sex, age, weight to carry): 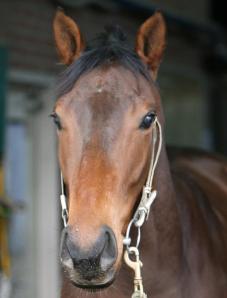 6. Tough Win (USA) [Yonaguska – Maggie May’s Sword (Sword Dance)] (21/17/2/0) G 5 58Kg – Cho Kyoung Ho (Seoul)
Reigning Grand Prix champion and the best horse in Korea at the moment. He won this race as a three-year old in 2010 but then last year inexplicably got sucked into an early speed duel with Dangdae Bulpae and was exhausted by the time he reached the home straight.

That’s unlikely to happen this time as Cho Kyoung Ho has tended to keep him well back in the early stages of recent races. Tough Win suffered his first bleeding attack last time out while carrying a ridiculous 64kg and while the weight won’t be an issue here, just how much that race took out of him might be. He’s worked well though and is the one to beat.

9. Smarty Moonhak (USA) [Smarty Jones – Maderira M’Dear (Black Tie Affair)] (10/8/1/1) C 3 55Kg – Park Tae Jong (Seoul)
We still have no idea how good this colt is. Aside from his debut, the only time he has had to work in a race was in the Grand Prix and, bearing in mind the distance of the race and his tender age at the time, he wasn’t pushed. His races this year have been little more than public workouts.

This will be his first run at Busan where the back straight is more undulating and the home straight longer than that at Seoul and how he deals with these will be key. With regular jockey Moon Jung Kyun injured, Park Tae Jong, who has ridden more winners than anybody else in Korean racing history, gets the ride. With no disrespect intended to Moon, this can only help his cause. In Korea, jockeys wear their own colours, so Park will be wearing blue.

1. Lion Santa (USA) [Lion Heart – Santa Fe Strip (Phone Trick)] (13/10/1/0) C 4 58Kg – Gerrit Schlechter (Busan)
Won his first nine starts but has only won once from three tries this year and has never even attempted further than 1800M. In Gerrit Schlechter, he has the track’s in-form jockey in board and the South African has picked this one over two others.
2. Cheonjidolpung (USA) [Tactical Cat – Luminate (A.P.Indy)] (34/5/0/4) G 7 58Kg – Seo Do Soo (Seoul)
His third consecutive year running in the race, he took advantage of the favourites’ mistakes to finish fourth last year. He will be hard pushed to equal that this year.
3. Yeonseung Daero (KOR) [Creek Cat – Sensationalkris (Cryptoclearance)] (42/16/8/5) H 6 55kg – Choi Si Dae (Busan)
A wonderful horse, one of the best ever at Busan. Took full advantage of Tough Win and Dangdae Bulpae’s mistakes last year to claim a career capping victory and his been winning since. He can never ever be counted out.
4. Adam One (USA) [Sligo Bay – Toddles (Real Courage)] (30/3/3/3) G 5 58Kg – Lee Gi Hweoi (Seoul)
Smarty Moonhak’s work and stablemate, he’s here because there was space both in the race and in the horsebox on the way down. The only horse in Ko Ok Bong’s stable who can keep up with Smarty Moonhak in trackwork, he’ll not be able to in the race.
5. Jeonseong Sidae (AUS) [Stromberg Carlsen – Jessie’s Journey (Crown Jester)] (13/6/4/3) C 4 58Kg – Jo Chang Wook (Busan)
Without a win this year but with plenty of talent. However, an outside chance of a place at best.
7. Dangdae Bulpae (KOR) [Biwa Shinseiki – Indeed My Dear (Alydeed)] (24/15/2/1) H 5 55Kg – Jo Sung Gon (Busan)
Last year’s favourite and the two-time President’s Cup winner. An in-form Dangdae Bulpae should be able to live with anybody, including Tough Win and Smarty Moonhak. Whether he can beat them though is another question entirely. Looking at it objectively, the conclusion must be that he can’t.
8. Sangseung Geotap (USA) [Indian Charle – Mirta (Theatrical)] (19/7/2/1) F 4 56Kg – Kanichiro Fujii (Busan)
The only filly in the race won the KNN Trophy last time out but the fact that Gerrit Schlechter has decided to get off her may say somethng about her chances here.
10. Smoking Gun (USA) [Hat Trick – Desdemona’s Dream (Announce)] (5/4/1/0) C 3 55Kg – Yukio Abe (Busan)
The wildcard. Lightly raced but very impressive, this may appear to be too much too soon. However, with Yukio Abe on board and a confident trainer (who also trains Lion Santa), he may be worth an outside bet for a place.
11. Jumong (USA) [Johar – Foreign Aid (Danzig)] (30/9/7/4) H 5 58Kg – Ham Wan Sik (Seoul)
A very solid competitor and half-brother to the late Subsidy, Jumong runs in all the big races. He looks overmatched but has every chance of finishing in a moneying position.
12. Ghost Whisper (KOR) [Gotham City – Emmy’s Lullaby (Unbridled’s Song)] (11/7/3/0) G 4 56Kg – Kim Yong Geun (Busan)
Australian trainer Peter Wolsley lets his new stable star take his chance here, the grey was disqualified last time but otherwise was on a run of three straight wins inclusing two at class 1. Kim Yong Geun is an able rider and he may be worth backing for a place.

Verdict: Tough Win is a very strong competitor and most believed that it would not be until later in the year that Smarty Moonhak would be able to challenge him. Neither has put a foot wrong this year but his progress has been such that Smarty Moonhak can be the one who leaves Busan with the title “Best Horse in Korea”.

* Last year’s Busan Metropolitan was a disaster for jockeys Cho Kyoung Ho and Jo Sung Gon on Tough Win and Dangdae Bulpae respectively. They both get a chance to put things right this year – here’s what happened: