17/1 outsider Cheonun sprinted past the favourites to land victory in an exciting renewal of the Owners’ Trophy at a rain-lashed Seoul Race Park this afternoon. 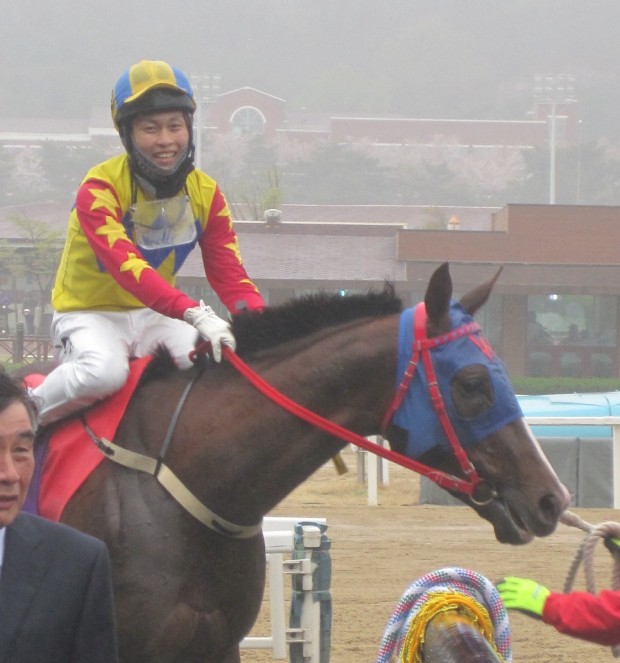 With almost the whole field still in contention with a furlong to run, it was the 5-year old mare, 2nd in the Korean Oaks in 2010, who swooped wide and late to get the better of pre-race favourite Magnifique (Menifee) and second-favourite Real Victor (Biwa Shinseiki).

It was an 8th career victory for Cheonun (Ft. Stockton) and her third big race triumph, following wins in the 2010 Sports Seoul Cup and 2011 NACF Chairman’s race. This was, however, the first time she had beaten male horses in a Stakes race. She’s only been out of the money once in her 22 outings.

For jockey Jang Chu Yeol, less than two years into his professional riding career, it was a first Stakes victory. The 23-year-old is thought of as one of the best young riding talents in the country and last autumn rode two winners in the United States.

If Cheonun can keep today’s form up, she may even find herself invited to the Grand Prix Stakes at the end of the season. After the Owners’ Trophy was done, last year’s Grand Prix winner, Tough Win (Yonaguska) put in his second appearance of the season. And despite carrying 63.5Kg, it was as routine as his first.

This time, jockey Cho Kyoung Ho opted to drop Tough Win right to the back of the field and, instead of coming round the outside, went right through the middle in the home straight.

Although for a very short time it looked like he may have trouble getting through, his victory was as comfortable as ever and the inevitable rematch between him and Smarty Moonhak is looking ever more enticing. 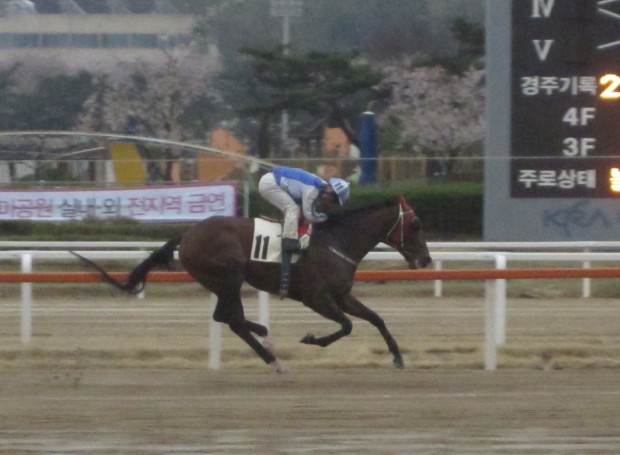 In contrast to Seoul, it was a glorious spring day at Busan. Double President’s Cup Dangdae Bulpae (Biwa Shinseiki) recordd a routine win in the afternoon’s feature.

Of the foreign jockeys at Busan, Japanese riders Yukio Abe and Narazaki Kosuke were both on target, but South African Gerrit Schlechter was unable to follow-up on the double he rode on Friday, drawing a blank from 4 rides.