The Korea Racing Authority (KRA) has announced that Menifee, one of the star Stallions of the Korean breeding program, underwent a two-hour operation on January 12 and had two stones removed from his urinary tract. 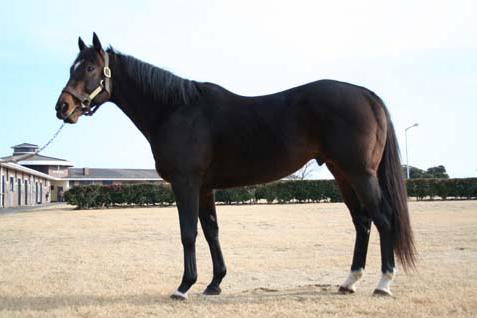 The sixteen-year old had been displaying symptoms of a Urinary Tract Infection since mid-December. According to the Korean Racing Journal, the KRA consulted with overseas specialists before deciding upon the surgery and flew in two Equine Vets from the USA to take part in the operation at the KRA Stud Farm on Jeju Island.

Initial signs are that the operation was successful and, smooth recovery permitting, Menifee is tentatively scheduled to begin covering mares in late April.

Menifee [Harlan-Anne Campbell (Storm Cat)] finished second in the Kentucky Derby and Preakness Stakes in 1999. A $3,000,000 purchase by the KRA in 2006, he finished second in the Leading Sire list in 2011, despite only having two crops of foals on the race track. His chief-earner, filly Useung Touch, won the Korean Oaks.