It’s the big one. The stars of Korean racing will assemble in the floodlit late afternoon at Seoul Race Park on Sunday for the 29th Grand Prix Stakes to decide who is the undisputed best on the peninsula. 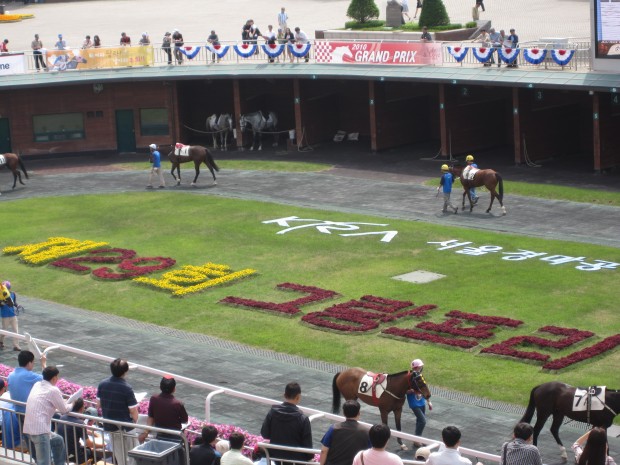 If Dongbanui Gangja can win, he will become the first ever horse to claim three Grand Prix. However, he has it all to do. The young upstart, Tough Win has beaten him twice and, in his nine starts to date, has shown no inclination that he knows how to lose.

Then there is the southern challenge. Busan sends seven of the twelve entrants. Chief among them is Dangdae Bulpae. The three year-old has already won twice in the capital, claiming the Minister’s and President’s Cups in dominant style. If he could upset the favourites on Sunday, it would be a massive boost for the Korean breeding industry. Joining him on the trip up the Gyeongbu Expressway is Mister Park. The gelding has won his last ten races and is not coming to Seoul for the weather. Likewise Yeonseung Daero will be there. He pushed Tough Win all the way in the Busan Metropolitan and will be sure to do the same on Sunday. 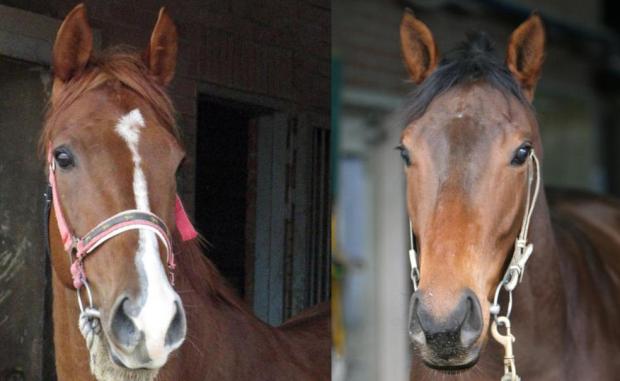 It is arguably the most anticipated race in Korean history. Certainly this correspondent cannot remember a race where no matter which of the twelve entrants win, there is a special story to tell. Which story we’ll be telling come Sunday evening is anybody’s guess. Here’s a full list of runners and riders (Name/Country/Age/Sex/Weight/Race Record/Jockey:

A winner in all but his first outing, he’s won five times at class 1. Has managed to avoid the very best and has not taken on imported horses before, but he does hold a five-length win over 2009 Minister’s Cup winner Namdo Jeap.

Looking to make history with three consecutive Grand Prix. Has been difficult to control as a five-year old but, unlike the others, he is a proven winner at this distance. If he can be kept in a straight line, he will take advantage should Tough Win fail to stay the course.

Jo Sung Gon’s choice to ride this one instead of Dangdae Bulpae isn’t one to please the romantics. The realists though would see he has a point. A proven winner at longer distances, he had an off-day when beaten by a number of this field in the Busan Metropolitan in July.

Former Grand Prix winner Bally Brae was invited but won’t be running. However, his half-brother will be. Jumong will be an outsider here but the three-year old already has a class 1 victory to his name and looks set to improve even more.

One of the Grand Old Men of Busan, Gunham has had an up and down career but roared back into the winner’s circle last month beating a host of his youngers – and supposed betters. He’ll be an outsider but deserves to cap his career with a shot at the biggest race of all.

If he had timid connections, Yeonseung Daero would have a much better win rate. Instead, his owners have been sportsmen and have never hesitated to run him against the best opposition available instead of restricting him to face fellow Korean bred runners. He got closer than any horse ever has to Tough Win all the way in the Busan Metropolitan and was second to Dangdae Bulpae in the President’s Cup. This horse is a battler.

An improver but has never won over seven furlongs and difficult to see him troubling the placings here.

Cheonnyeon Daero may have won the Derby but Dangdae Bulpae is the outstanding three-year old Korean colt of 2010. His Minister’s Cup win was good but his President’s Cup win superb. He comes back to Seoul in search of a hat-trick. It would be unlikely but he has the talent to pull off something special

Has had a very impressive four-year old season. Will need to run the race of his life here but cannot be discounted from a place finish.

The one to beat in that he never actually has been beaten. The one question is will he stay the 2300 metres? While his first win over Dongbnaui Gangja was marred by the latter’s manners, the second was decisive. Yeonseung Daero got very close to him in Busan though and that extra distance is all that stands between Tough Win and, at the age of three, already being talked about among the greats of Korean racing.

A pair of good wins in the autumn sandwiching third place behind Tough Win and Dongbanui Gangja in the KRA Cup Classic made him an obvious starter here. Difficult to see him winning but could well make a nuisance of himself at the business end of the race.

The friends & relatives vote – and the likes of Cheonnyeon Daero staying home – has got this one in. A good, solid competitor, but out of his depth in this company.

* The Grand Prix is the highlight of three days of racing on the peninsula this weekend. Here’s what’s happening when and where: