With the summer break continuing at Seoul, Busan Race Park took centre stage on Sunday with a ten-race card. And under the lights on another hot and sweaty evening, it was filly Wonder Unicorn who galloped off with the biggest prize of the night. 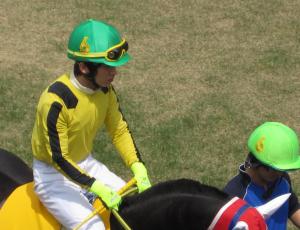 The four-year old was yet to win since moving up to class 1 at the beginning of this year but showed at the front throughout the mile-long feature race, pulling away in the final furlong to secure victory by an impressive six lengths. Behind her was the favourite, another filly, Mulbora who herself was four lengths in front of third placed Dandok Gangja. For Wonder Unicorn, it was a fifth win from fourteen starts, while it was another big race win for Derby winning jockey Park Geum Man, who is enjoying far and away his best season as a professional.

In other races, Dangdae Bulpae, third in the Derby, showed that he is not to be discounted when the nation’s top three-year olds reconvene for the Minister’s Cup in October. Sent off favourite, he was in a different class to the rest of the field in the final race as he cruised to a thirteen length victory.

Next week, Seoul is back!