Spero went to the front and outlasted them all to win the Sports Chosun Cup at Seoul Racecourse on Sunday. The 7/1 chance was never under any serious pressure as he cruised to a five-length victory under jockey Park Byeong Yun. 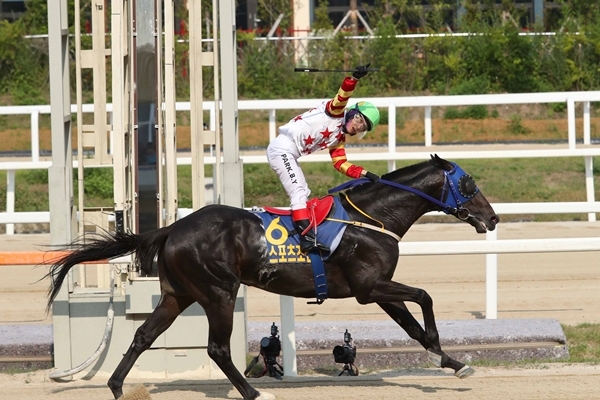 True, it wasn’t the greatest field ever assembled for a Listed race in the capital – that’s not going to happen with a rating cap of 80 but it does usually attract some up and comers on their way to class 1. The closest to fitting that description this year was Nasca Prince and he would be sent off as the even-money favourite ahead of last year’s Korean Oaks winner Jejui Haneul.

Jejui Haneul and Nasca Prince would have to settle for 2nd and 3rd respectively in the 2000M test as Spero took the lead early and maintained his advantage all the way around, leading by five lengths at the top of the stretch and never looking like being caught. The margin on the line was the same- five lengths.

A four-year-old locally bred colt by Chapel Royal, Spero was winning for the fifth time on what was his seventeenth start. It was a third big race win for his trainer, Derby winning jockey Shim Seung Tae, following two successes last year with sprinter Always Winner. Jockey Park Byeong Yun was winning the race for the second time, having partnered Sotong Sidae to victory in the 2015 running.

In other races on Sunday, US import Winner Gold continued his progress up the ranks. The Wildcat Heir colt’s win-streak came to an end at five on his first try at class 1 last month, but he was back to winning ways in Sunday’s finale. He had to work for it though, grinding is way up the rail to down fellow US import Gwangbok Chilsip by half a length on the line. A US$55,000 purchase form the OBS two-year-old sale last year, Winner Gold has now amassed over $200,000 in prize money.

At Busan, Finest Warrior took out Sunday’s feature sprint. The Kim Young Kwan-trained three-year-old had shown decidedly little when sent to Seoul to run in the SBS Sports Sprint earlier this month but back on his home track, avenged a defeat he suffered to Banjiui Jewang in May to score by three lengths over 1200M under champion jockey Jo In Kwen. The Majestic Warrior gelding moved on to four wins from eight starts. Jockey Jo landed a double on the six-race Sunday card as did Irish/Brazilian rider Franco Da Silva.