Power Blade will on Sunday seek to become the first horse to sweep the Korean Triple Crown in its current form. The KRA Cup Mile and Korean Derby winner heads a field of eight – all from Busan – who will line up for the final jewel of the 2016 crown, the Minister’s Cup at Seoul Racecourse. 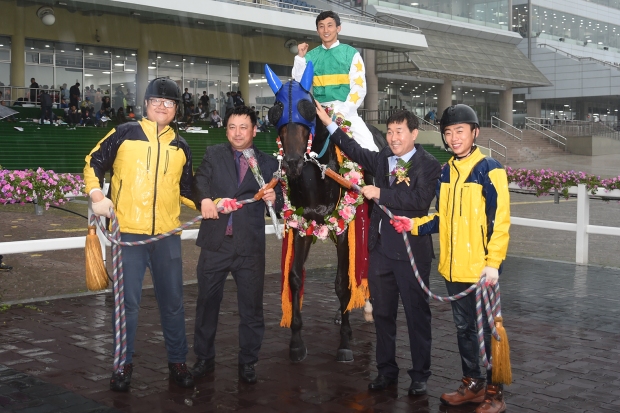 Also in attendance will be Power Blade’s stablemate Ottug Ottugi. She was runner up in the Cup Mile but skipped the Derby in favour of last month’s Oaks, a race she won easily. Unbeaten Kkeutpan Hero, who missed the Cup Mile and Derby, also takes his chance.

The Triple Crown has been won before, by J.S Hold (Ft. Stockton) in 2007. However that year, it consisted of the Ttukseom Cup, Derby and Minister’s Cup and was only open to horses trained at Seoul. From 2008 onwards, Busan horses became eligible and the KRA Cup Mile, at the south coast track, was designated the 1st leg (and became informally known as the Korean 2000 Guineas).

Sangseung Ilro won two legs of the Crown in 2009 but so far the complete set has remained elusive. This year, however, with the Minister’s Cup being run in July instead of in September or October – which previously gave late bloomers time to appear on the scene – there was always a chance it would be a little different. The Power Blade emerged. He’ll be strong favourite to complete the Crown on Sunday.

The race has had to be moved to the early time of 2:20pm. This is because the actual Minister (of Agriculture, Food and Rural Affairs – sadly “MAFRA” and not “FAFF” anymore) will be attending. While unavoidable bearing in mind the domestic politics involved, it is unfortunate as it jeopardizes the race’s chances of being available for betting through some of the overseas simulcast partners.

We’ll have a full runner by runner preview of the race on Saturday. In the meantime, here are the runners and riders: