A busy weekend of racing gets underway on the peninsula today and there will be plenty of big names in action over the next couple of days, as well as the year’s second Graded race in the shape of the Gyeonggi Governor’s Cup at Seoul. 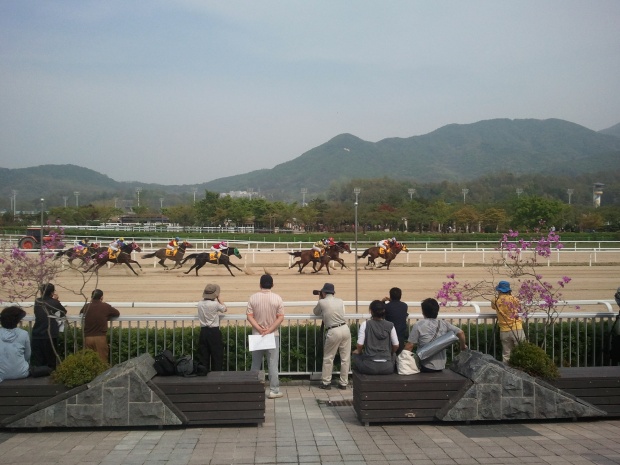 Should be a spring-like weekend

Sunday afternoon’s Cup, which this year has been shifted from its usual position at the end of October, is for Korean bred fillies & mares and has attracted 15 entrants, one short of the maximum permitted field size for Graded races in Korea.

Among them is last year’s Donga Ilbo and Nonghyup Chairman’s Trophy winner Ua Deungseon and two time Donga Ilbo winner – including this year’s race just over a month ago –  and likely favourite for this, Cheonnyeon Dongan.

As usual on a Graded race day, there will be 10 races at Seoul on Sunday, however, Saturday sees a bumper 14-race program with one of the cancelled races from last week being added. In the feature Class 1 handicap, Tough Win will carry top weight as he seeks to make it three out of three for 2015.

Busan runs its usual cards on Friday and Sunday and there is a heavyweight clash in Sunday’s feature and finale as Gyeongbudaero takes on a host of dangerous types in the shape of Gamdonguibada, Donggeupcheogang, Mujinjang, Heba and Damyangui Jilju as the Grand Prix winner too seeks to maintain his 100% record for this year.

The weather is set to be fine and full racecards can be found here. Here’s what’s happening when and where: