Today saw the first sandstorm of the year drift over the Korean capital. Here’s what happened on the track, where the sand is meant to be:

* The feature handicap involved a slew of old-timers and it was one of these, eight year old Hongji, who took the honours, defeating favourite Jilpunggangho by half a length. 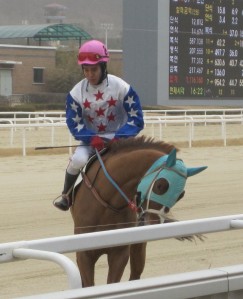 * A pair of imported horses enhanced their reputations. Grand Ace (Grand Slam) won her first two races with ease but disappointed in her next three to the extent that she was sent off as a 16/1 outsider in the all-filly race 9. However, once she hit the front, she never looked like getting beaten as she stormed to a three length victory from favourite Blueband Mama.

One race later, three-year old colt Celebrate Tonight (Songandaprayer) got the better of a cracking final furlong battle with filly Kkochyeol (Essence Of Dubai) to win by a nose and record his third win from six starts. Hot favourite Mass Media’s Tea (Mass Media) was a disappointing fifth.

*Seoul also got its first ever full-time foreign female jockey today as Japanese rider Mai Beppu debuted in race 9. Twenty-three year old Beppu was previously based at the Japanese NAR’s track at Kochi and two years ago rode in the International Lady Jockey Invitational race in Busan. Today she had just two rides, both of which were unplaced. She has three more tomorrow. 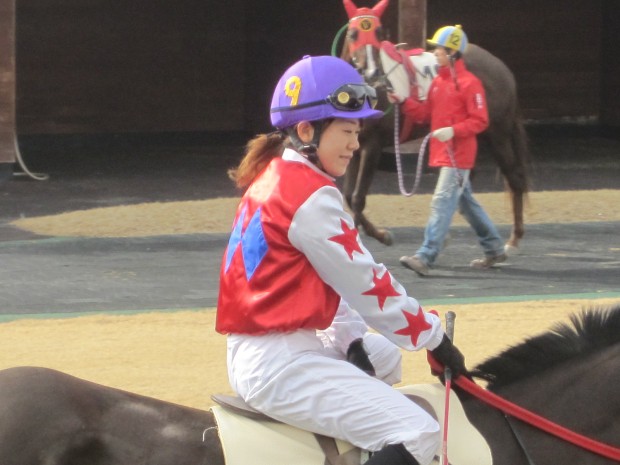 Speaking of tomorrow, it is a big day. Down at Busan it is the Busan Ilbo Stakes and the match-up between two of the track’s hottest up and coming fillies. Both Royale Embrace (Chapel Royal) and Secret Whisper (Sea Of Secrets) have won their last three races in impressive style and head a fourteen strong field. If Secret Whisper were to be successful, it would also be a historic achievement for her trainer, Peter Wolsley, who would become the first foreign trainer to win a Korean Stakes race.

The big race at Busan comes under orders at 15:35 and is race 5 of a six-race card which runs from 12:30 to 16:30. Four of those races will be simulcasted live back to Seoul where there is an eleven-race card from 11:10 to 18:00. Highlight in the capital is set to be the meeting between Larrycat and Dongbanui Gangja in the feature race 10. 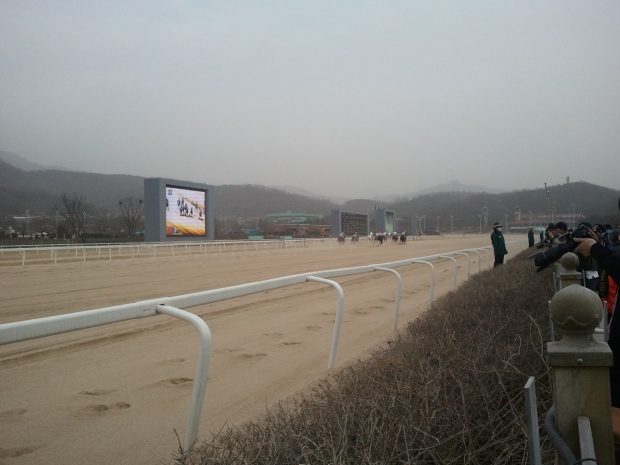